Alfredo Morelos grabbed his 100th goal in a Rangers jersey as Steven Gerrard’s side came from behind to win a tough encounter in Paisley.

Trailing to a fourth minute wondergoal from Connor Ronan, St Mirren gave the Ibrox side the runaround in the opening 30 minutes.

But a penalty from Kemar Roofe then a point-blank header from Morelos meant the Colombia international is now a Rangers centurion four years after joining the Ibrox side from HJK Helsinki. 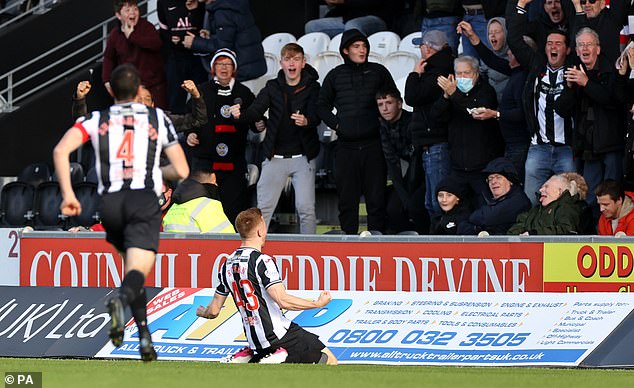 Those two goals in 120 late first half seconds were enough to see off a spirited Saints as Steven Gerrard’s league leaders moved three points clear of second placed Hearts.

Home boss Jim Goodwin had stated before kick-off that his team had the players to hurt Rangers and his team certainly went straight for the jugular from the first whistle.

Within four minutes their courage was rewarded with a quite stunning opening goal.

Ronan picked up the ball in midfield before sending a 30 yard rocket from an angle soaring past McLaughlin and spinning into the postage stamp corner of the net.

Goodwin had to try repeatedly to get the former Ireland Under-21 international on loan from Wolves and his patience in pursuit of Ronan had paid off handsomely. 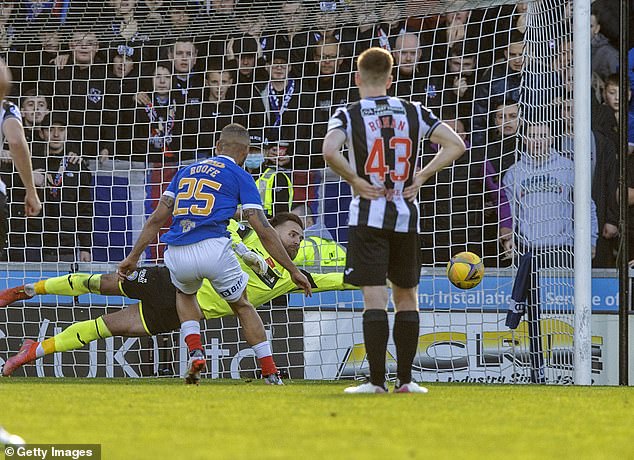 A St Mirren fan invaded the pitch to join the celebrations but he was swiftly shoved to the deck by Saints defender Connor McCarthy.

When the stewards finally noticed what was happening the fan was apprehended and led away.

St Mirren were in full control of this game and James Tavernier was booked for a barge on Scott Tanser.

However, the Saints had put so much into the opening half that it was no real surprise when Rangers began to take a firm grip on this match.

But initially the closest the visitors came to threatening the St Mirren goal were two Connor Goldson headers from outswinging Tavernier corners that were saved by Jak Alnwick.

Up front Rangers were generally blunt with Morelos giving the ball away cheaply almost every time it came his way.

Step forward Ianis Hagi, who was a danger every time he picked up the ball.

First, Alnwick had to make a fine save to stop the Romania international’s shot finding the corner. Then Hagi saw another shot fizz just wide of the St Mirren post. 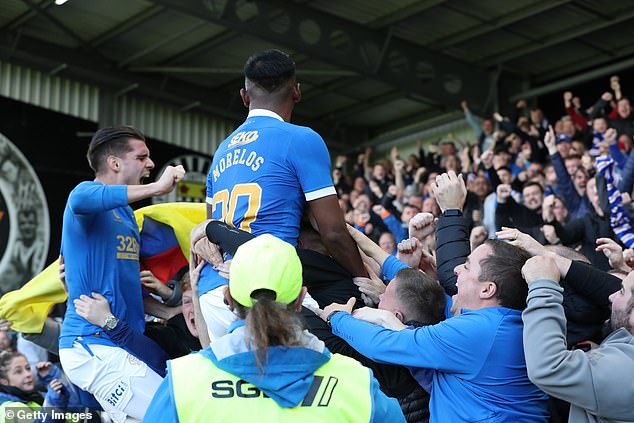 But it was no surprise when Hagi got the Ibrox side back into the game when his dangerous dribble ended with Alan Power taking him down near the edge of the box.

Furious St Mirren players surrounded referee McLean in protest but replays showed the match official had got the decision correct.

It was an excellent struck penalty. It had to be because Alwick had guessed correctly and put out a strong hand.

By this stage Goodwin must have been counting down the seconds to get his players in at half time to gee them up.

However, within 60 seconds the turnaround by the reigning champions was complete.

Joe Aribo fed Tavernier on the right and he sent in a wonderful ball across goal that evaded Connor McCarthy and was headed in from close range by Morelos.

The Colombian jumped into the crowd to celebration becoming an Ibrox centurion and was booked for his trouble.

The break could not come quick enough for poor St Mirren and it took another Alnwick save to stop Hagi grabbing a third for Rangers. 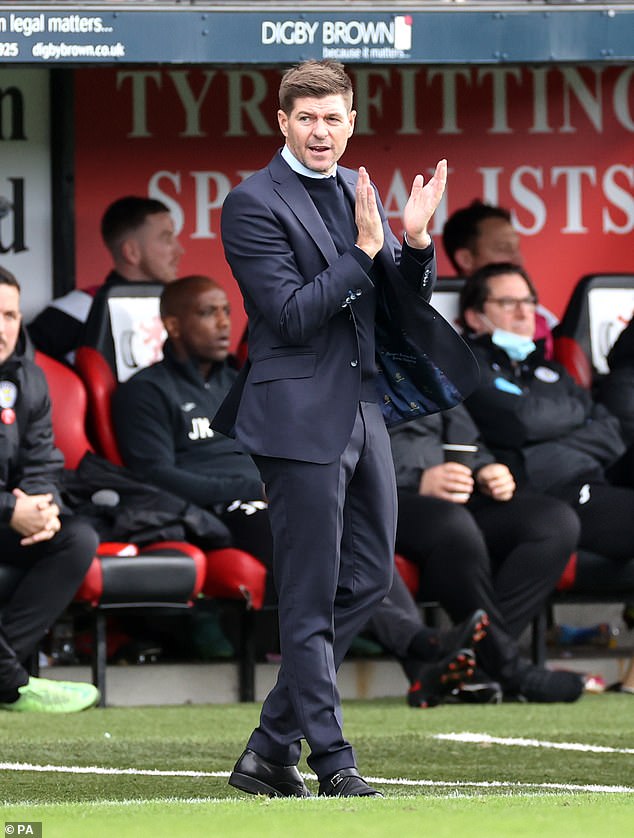 Tavernier had a great chance to make it 3-1 in the second half when picked out by Borna Barisic. But the Rangers skipper’s tame header was straight at Alnwick.

Morelos then squandered a good chance after good work by Aribo and Roofe.

But an indication of just how tough an away fixture this was came when Rangers keeper McLaughlin was warned by referee McLean for time-wasting with fully 10 minutes plus added time still on the clock.

An injury to McGrath meant there were seven minutes of stoppage time but Rangers held on for the win.

Once again this was not Rangers at their emphatic, impressive finest but the reigning champions are now three points clear at the summit.