Liverpool take part in competitive intra-squad table tennis tournament at pre-season base in Evian… and for the third time Mohamed Salah comes out on top as he wins final against backup keeper Caoimhin Kelleher!

It’s not just on the football pitch where goal-hungry Mohamed Salah is competitive – it’s on the table tennis table too!

All the Liverpool players and staff took part in a tournament at their pre-season training camp in Evian this week, with the Egyptian coming out on top playing with media manager Matt McCann, against goalkeeper Caoimhin Kelleher in a game of doubles.

The club released the entertaining video of all the organised fun, with Virgil van Dijk, Andy Robertson and Joe Gomez particularly vocal on the sidelines! 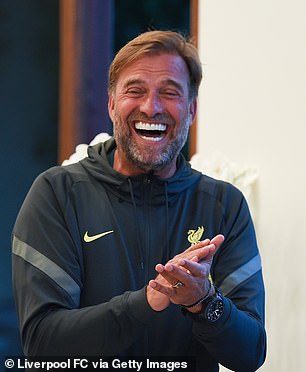 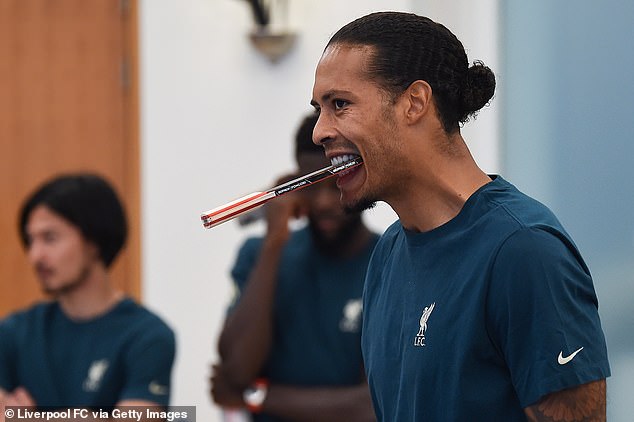 The light-hearted event came as the Reds continued their preparations for the new Premier League season, which begins away at Norwich next Saturday.

Before that, they host Athletic Bilbao on Sunday and Osasuna on Monday in their final pre-season friendlies before the real action kicks off. 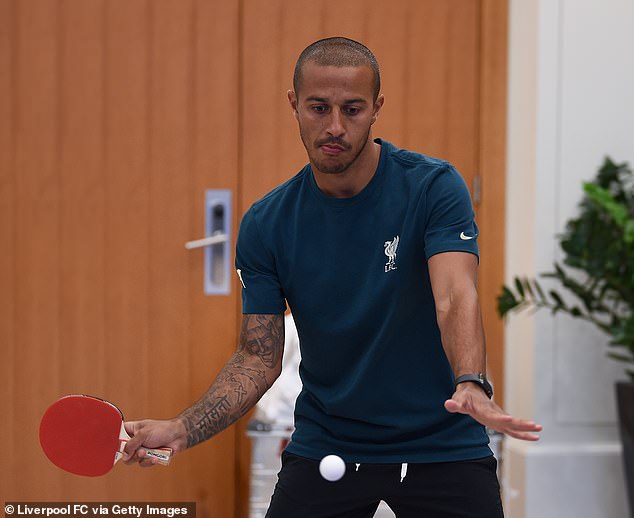 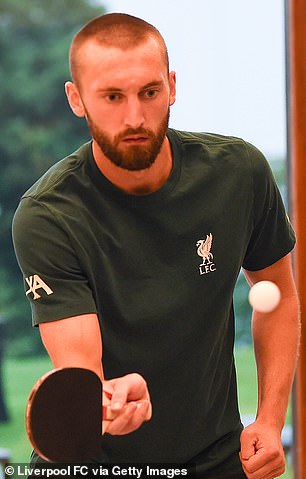 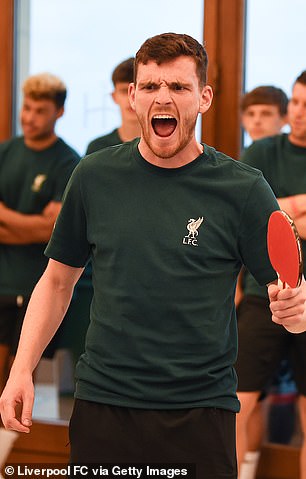 They took part in two friendlies against Bologna this week, with Diogo Jota, Sadio Mane and Takumi Minamino all on the scoresheet.

A big question ahead of the season’s start is the fitness of Van Dijk and Gomez, who are returning from long-term injuries.

The Reds are looking to bounce back after relinquishing their Premier League crown to Manchester City last season.