Arsenal manager Mikel Arteta has been urged to consider keeping Bukayo Saka at left-back – with the teenager having thrived as an emergency option on the left side of defence in recent months. Before football was shut down due to the coronavirus, Saka played 11 of Arsenal’s last 12 Premier League matches in the position, supplying assists from wide in wins over Newcastle and Everton.

The Arsenal academy graduate is naturally a winger, and played in an advanced left position earlier this season under Unai Emery in the league, Carabao Cup and Europa League.

But with Kieran Tierney and Sead Kolasinac having been injured recently, Saka has dropped back into the back-line, featuring in all but one top-flight match in the position since Arteta’s December appointment.

The global COVID-19 outbreak has shut down the season and if it resumes, Tierney and Kolasinac will be fit and available again, meaning Saka could well drop back out of the team.

Arteta has already confirmed his intentions to integrate the teenager into the team as an attacker.

But club legend Nigel Winterburn, a first-team left-back for 13 years at Arsenal, thinks the London-born 18-year-old should be trusted as a long-term option in the role. 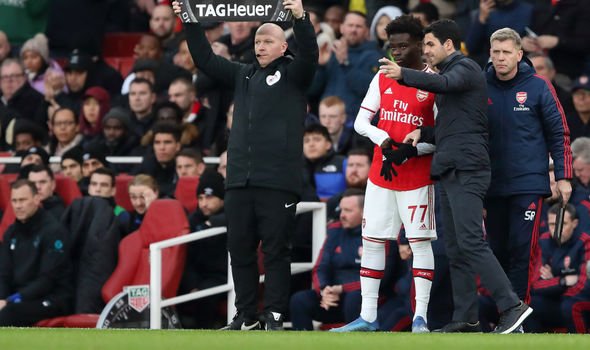 And that’s because the three-time title and two-time FA Cup winner believes Saka has more freedom as a full-back, is blessed with the kind of pace that allows him to recover from mistakes he may make and will only get “stronger and stronger” the more he plays there.

Winterburn told The Chronicles of a Gooner podcast: “I think he has [a future there]. It’s a completely different role, the full-back role, to when I first started. But I think he that role suits him really well.

“I don’t know whether he wants to go and be a wide-left player, a winger in the future. That will be discussion that’s open, maybe he’s open to both positions if needed.

“If you look what he’s achieved, I remember going to cover a game for the under-23s, Freddie Ljungberg was in charge at the time, I managed to have a quick chat with him about players coming through and who he thought would be the player who would make the step through into the first team eventually and be a huge hit.

“Saka was the one that was talked about. In terms of what he’s done at left-back, it’s absolutely incredible.

“He’s adapted and what I think it gives him and what I love that he’s doing, it’s given him freedom moving forward and coming onto the ball and he’s almost not being marked.

“He’s so dangerous when he’s in possession of the ball and his quality of crossing in some of the balls he’s put in for some of the goals has been absolutely sensational.

“There’s no doubt in my mind if Arsenal wanted to and Mikel Arteta wanted to keep him in that position and work with him, then he’s going to become stronger and stronger.

“Because defensively he’s going to improve and you just keep working on your game going forward. To me, he’s been an absolute sensation in that position.”

Winterburn believes Saka has the attributes to blossom in the left-back role – though insists he should work on his one-to-one defending. 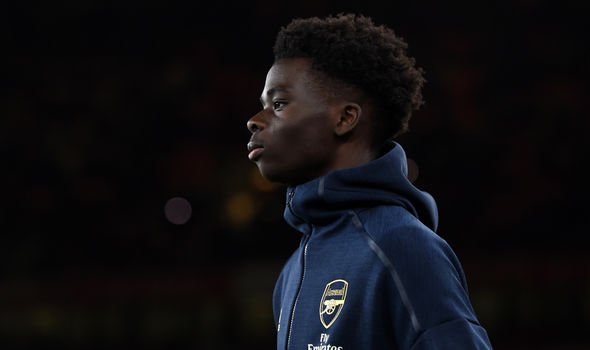 He added: “Playing in that position now if you’re young and fit, the one thing you want is pace and he’s got an abundance of pace, to cover even if he makes a slight mistake defensively.

“What he should be working on now is showing the opposition players, particularly when it’s one against one, showing them where he wants them to go or where Arteta wants the team to be pushed into.

“When I was playing with George Graham we wanted to show inside all the time and with the pace that he’s got he can change his position to dictate to players where he actually wants them to go, rather than being dictated against when you’re defending.

“There’s a lot of positives we’re seeing, there’s still a lot of developments to come but he’s done a fantastic job, he’s just been pushed into that position and he’s had to get on with it.

“He’s been an absolute sensation and someone that could, if he was to play in that position regularly, will get better and better, and that is an exciting thought.”