Mikel Arteta has been told to work closely with Reiss Nelson, because the Arsenal winger is “the future” for the club down the right-hand side. The Gunners youngster is enjoying his second campaign as a senior player at the Emirates.

Nelson, who thrived on loan at Hoffenheim in the Bundesliga last term, supplied two assists in the FA Cup fifth-round win over Portsmouth on Monday night.

The 20-year-old set up Sokratis Papastathopoulos’ side-footed volley before half time and also found Eddie Nketiah with a cross early into the second half.

That took his tally for the campaign to two goals and four assists from 17 first-team appearances, having managed seven goals and an assist in 29 matches in Germany last year.

Nelson was the brightest player on the pitch at Fratton Park as he sought to send a message to manager Mikel Arteta that he should be restored in the Arsenal starting line-up. 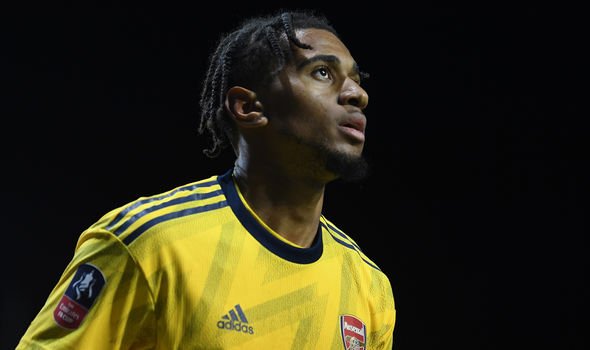 The academy graduate has missed out on the squad entirely in four of their last five Premier League matches, though returned to the bench as an unused substitute for the win over Everton at the end of last month.

Yet Arsenal legend Ray Parlour believes London-born Nelson, who can play on the left or right flank and also as a No 10, thinks the young wide-man can be a massive player for the club over the long term.

“You can see his pace, especially on the second goal – the way he went past that left-back once he dropped his shoulder and pushed it on he was gone.

“You can’t catch someone like that. He is certainly the future for Arsenal on that side.”

Parlour, who spent 12 years of his career at Arsenal, however believes that the fleet-footed forward must address his lack of self confidence.

“If I was to have one critique of him, it is that he needs to believe in himself a bit more, because he is such a good player,” Parlour added.

“He’s got to demand the ball a lot more and run at players a lot more, because he’s got all the tricks to get past players and put balls into the box. He just needs to be on it on a more regular basis.

“You get players who come into the side and sometimes the game can go by them.

“You’ve got to want the ball a little bit more and get into areas where you can’t get picked up.

“That is what he’s got to learn as he gets into the team a little bit more. He needs to be easy to find if you are on his team, but hard to mark if you are against him.” 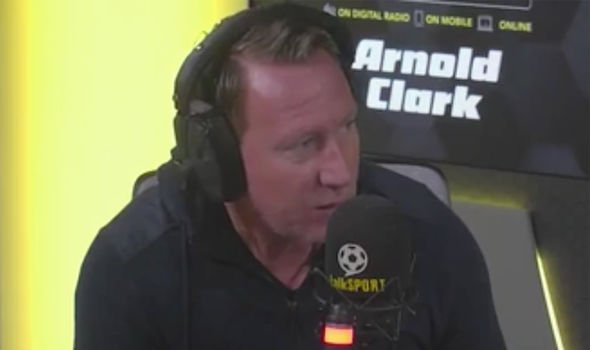 Nelson has made 30 first-team appearances for Arsenal so far since being handed his debut by Arsene Wenger in September 2017.

He has long starred for the club’s under-23s, producing 16 goals and nine assists in his last 31 Premier League 2 outings.

The attacker was named the competition’s Player of the Year in 2017-18 as Arsenal’s youngsters beat Liverpool to the Division 1 league title.

And Nelson is confident that he can continue to hone his talents under former Gunners midfielder Arteta, who left his job as Pep Guardiola’s assistant at Manchester City to return to north London. 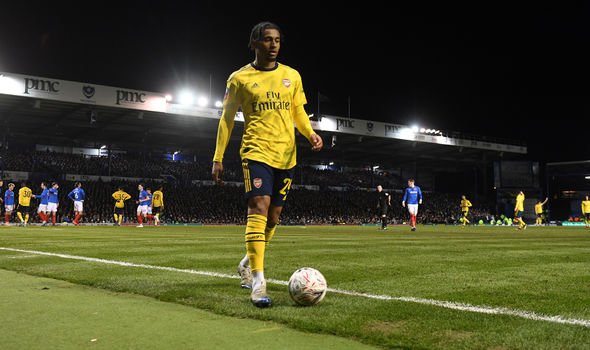 “You look at the likes of [Raheem] Sterling and [Leroy] Sane, and you see them before at their previous teams, they weren’t doing what they do now,” Nelson told the Guardian.

“I think that is credited to Pep, of course, but Mikel as well because they said he did a lot of one-to-one work with them. They are two top players.

“You can see it because Mikel’s drive is different. I haven’t seen a manager with that much determination to make individuals into better players.

“I was doing one thing with one of the players on the training pitch the other day. He came over and he showed me one thing to do and it is that little detail that is incredible. I think he has got a plan and it is going really good.”