Arsenal manager Mikel Arteta is planning to wield the axe on several stars this summer to make room for new signings and the Gunners have already opened talks with Feyenoord for playmaker Orkun Kokcu.

Arsenal scouts have watched Kokcu on multiple occasions over the past 18 months and are weighing up making an early summer bid as they fear his £23million price tag could increase after playing at Euro 2020 with Turkey.

According to the Daily Mail, Arsenal have opened talks about a transfer and the Gunners are hoping a deal can be agreed before other clubs challenge for his signature.

The 19-year-old is having an impressive season after establishing himself in Feyenoord’s first team and has three goals and six assists to his name so far this campaign.

His current deal keeps him at the Dutch club until 2023, but it has been reported that Feyenoord are prepared to sell the youngster in the summer.

Kokcu, who is a product of Feyenoord’s academy, has represented both Holland and Turkey on the international stage, with caps for the Under-18s and Under-19s for the Netherlands and two appearances for Turkey’s Under-21 side.

However, he is expected to be included in Turkey’s Euro 2020 squad, which will see them take on Wales, Italy and Switzerland in Group A.

The report claims Arteta is preparing to clear-out at the end of the season to make room in his squad for new signings with Matteo Guendouzi, Sokratis, Ainsley Maitland-Niles and Mesut Ozil all identified as players who could be shown the exit at the Emirates.

Arsenal are currently 10th in the Premier League but could move within five points of fourth-placed Chelsea if they beat West Ham with their game in hand on Saturday.

“Beat West Ham on Saturday and we are closer,” Arteta said.

“That’s all I am thinking because a few weeks ago it looked impossible and if we beat West Ham it will look more likely.

Where Arsenal finish this season will drastically affect their summer transfer plans, especially given the lost revenues the club now face after being knocked out of the Europa League by Olympiacos. 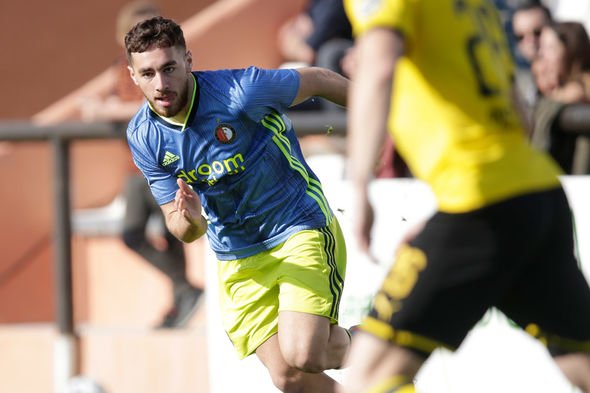 And ahead of the game against the Hammers Arteta admitted he is finding it hard to plan for the future due to the club’s current circumstances.

“I like everything very planned and detailed and it goes a little bit against my principles, but we have to adapt in that sense again,” Arteta said.

“I have very clear ideas in terms of what I would like to do in terms of the squad, in terms of certain individuals and how we can improve the team, but obviously the case or scenario [is something] we don’t know.

“It’s going to depend on what we do this season and what happened in the last few seasons is going to have a big impact as well.”