Middlesbrough are waiting to hear from the EFL over the postponement of Saturday’s trip to Sheffield United after a Covid-19 outbreak ‘decimated’ their playing squad.

Former Blades boss Chris Wilder was due to return to Bramall Lane for the first time with Boro but that is now in doubt and the club expect to learn on Friday morning if the game has been called off.

They had one Covid case in the camp earlier in the week ahead of their 2-1 win at Blackpool on Wednesday night. 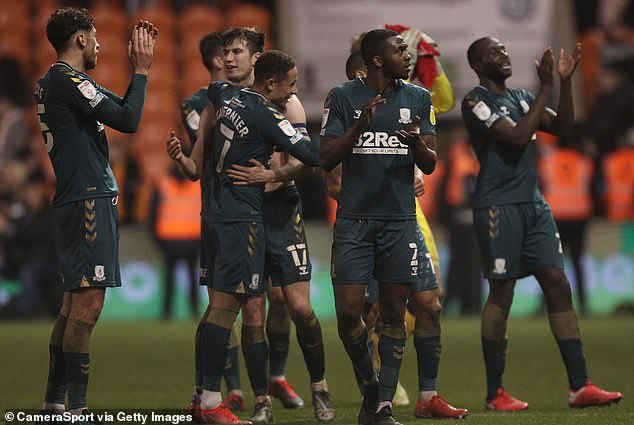 However, that number multiplied significantly on Thursday and more tests were due to be taken on Friday morning. Sources say the squad has been ‘decimated’ by the spread of the virus.

If postponed, it would be the first time that Boro have been forced to miss a game during the pandemic.

Wilder’s side are the Championship’s in-form team and have climbed to fifth on the back of his arrival last month. They have won their last three on the spin and have taken 17 points from a possible 24 under the new boss.