MICAH RICHARDS: Be bold, Gareth! England CAN be thrilling and aggressive if they put the young talents of Foden, Grealish, Trent, Bellingham and Mount on the front foot – as Southgate knows best

I came away from the Khalifa International Stadium last Monday as elated as I could possibly have been after seeing England put six past Iran. What a night! And the more I thought about it in the following days, I came to the conclusion: it is one of the best England performances I have ever seen.

It blew me away because I had studied Iran in the build-up and they had only conceded four in qualifying. So let’s not be dismissive of Iran. How many times have you seen England struggle against such a team in a tournament?

Yet here they were, with Jude Bellingham striding out of midfield and Bukayo Saka doing wonderful stuff, banishing the memory of the dross around the Nations League. 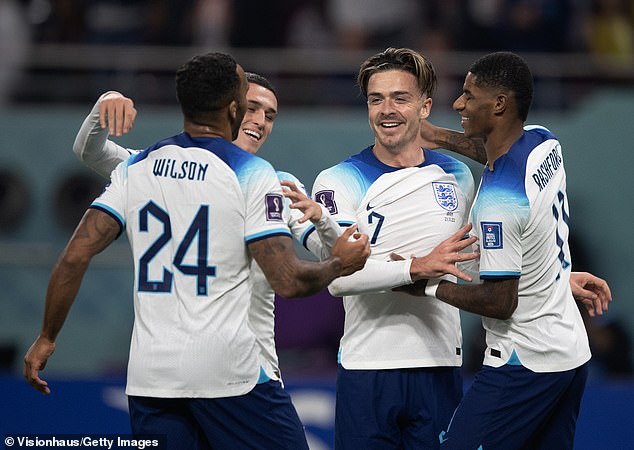 Quite simply it was one of the best England performances of the last decade and a superior performance to the ones that beat Germany, Ukraine and Denmark in the European Championship. It was just marvellous.

Then I went to the Al Bayt Stadium last Friday and came away absolutely deflated. I was aware of the threat the USA possessed and I have never been someone who thinks just because we are England we should be beating anyone.

But what frustrated me was the fact that England kept playing a certain way. If things are not going to plan, what is the alternative? In-game decisions, making the tweaks to change the flow of a contest, are what will potentially take England from the last 16 to the quarter-finals and beyond.

When I spoke to Roberto Mancini for Sportsmail in January, we revisited the Euro 2020 final and he told me he had seen the point when England were intent on protecting what they had rather than trying to ram home their advantage. He capitalised on that and Italy established a foothold.

There are ways to close a game out that do not require you having your back to goal. The best managers know when to make the substitutions that will alter the flow. It is about having confidence and backing yourself. 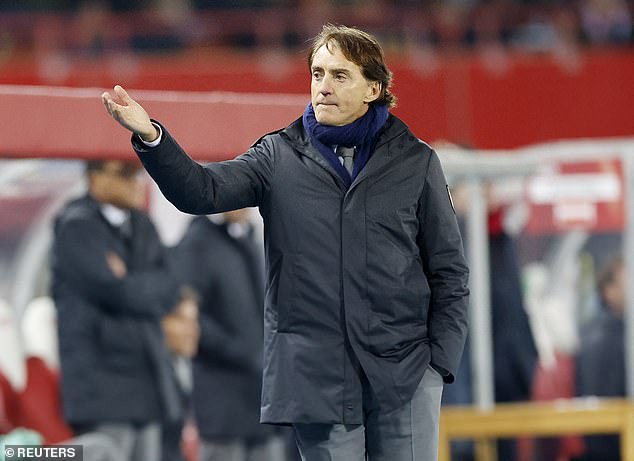 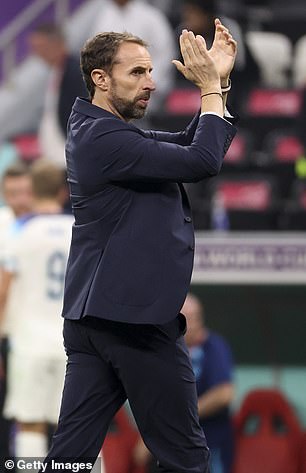 This brings me to Gareth Southgate. As much as I was despondent on Friday, I’m measured about England’s situation. The experience of being around the national team is unique and he, more than anyone, is wise enough to cope with how wildly opinions can swing.

The reaction from some quarters may have shocked a few of the squad in Qatar, but it is all about staying balanced as we look ahead to facing Wales on Tuesday.

I’m delighted Robert Page led his squad to the World Cup but, I say this with the greatest respect, I just cannot see how they can beat England. They have struggled in their opening two games and England will reach the last 16.

How much further can we go? It is difficult to say. England are good enough to see out games by being aggressive in their pressing and winning the ball back high up the pitch, rather than just nullifying the opposition, and Gareth will know this better than anyone.

My hope is that he has the confidence in his ability to implement it. The frustrations of supporters come from knowing that we have a generation of brilliant young footballers — from Phil Foden and Jack Grealish to Bellingham, Trent Alexander-Arnold and Mason Mount. 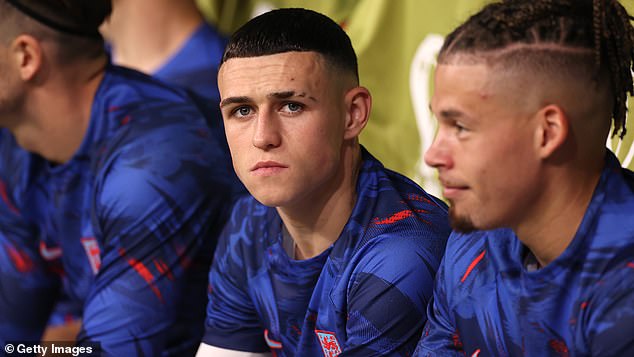 We can be aggressive. The way we took Iran apart was a thrilling glimpse of how it could be and the depth within the squad gives Gareth the options to be bold.

This is a unique World Cup and not one team are going to be consistently brilliant all the way through — perhaps we have had our stutter.

If that is out of the way, let’s look forward to what the rest of the tournament brings. Let’s get on the front foot and make everyone worry about what these talented young men can do rather than us worrying about them.