‘I did not dare to look him in the face’: Six-time Ballon d’Or winner Lionel Messi admits he could not make eye contact with Thierry Henry following his arrival at the Nou Camp because he was so starstruck by the Frenchman

Lionel Messi has admitted he was so starstruck by Thierry Henry’s presence in the Nou Camp dressing room that he couldn’t look at the Frenchman’s face.

After becoming one of the best players in the world following a dominant spell at Arsenal, Henry left north London in 2007 to join Barcelona in a £16million deal.

The World Cup-winning Frenchman left the Gunners as the club’s all-time leading scorer – netting with 228 goals while 175 of those came in the Premier League. 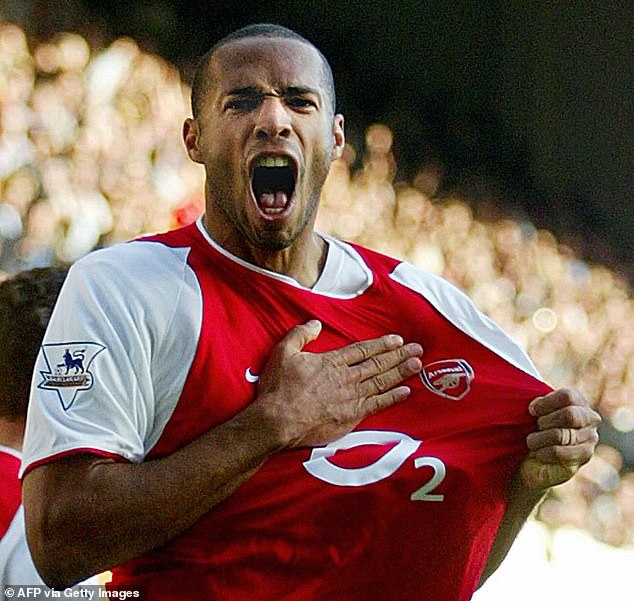 Henry’s arrival at the Nou Camp was seen as a major coup, with Messi still merely a youngster learning his trade.

And while Messi will have seen plenty of superstars when making his way up the ranks at the famed La Masia academy, it was Henry that mesmirised.

‘The first day he entered the dressing room, I did not dare to look him in the face,’ Messi told L’Equipe. 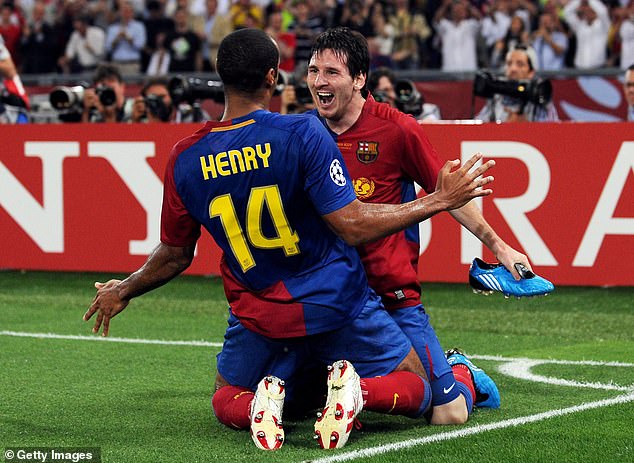 ‘I knew everything he had done in England. I had an image of him made and suddenly we were on the same team.

‘What I feel for Titi may be a form of admiration.

‘I loved Henry. The ease of finishing an action, how he takes the road to the goal and ends the play.

‘He gives the impression that it is natural. His career, his dribbling, the last gesture. It is fluid, proportionate.’ 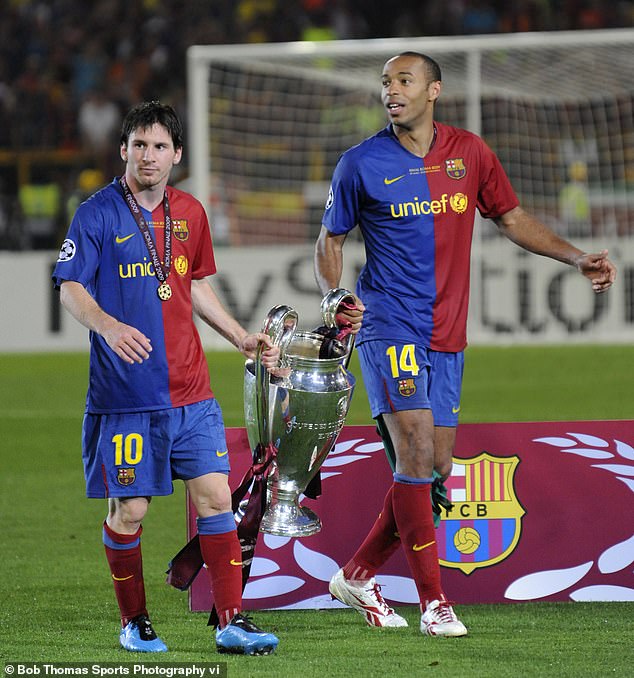 While Henry is considering one of the best to have graced the game, many argue that Messi is the greatest player to have ever lived.

The six-time Ballon d’Or winner has won every title there is to win at club level along with countless individual scoring records.

To date, Messi has scored an unfathomable 627 goals in 718 games across all competitions.