Bayern Munich forward Thomas Muller was close to agreeing a move to Manchester United in summer 2015 before his wife called off the move.

The German had just won the World Cup a year earlier and was considering moving to Old Trafford where he would have been reunited with former Bayern boss Louis van Gaal from his tenure between 2009 and 2011.

United were coming off the back of a disappointing fourth-placed finish in van Gaal’s first season in charge and decided to bid £84million for Muller.

The move eventually broke down, with van Gaal now revealing to German outlet BILD that it was down to Muller’s wife Lisa, a champion dressage rider.

According to van Gaal’s comments to BILD, Lisa, born in Bavaria like Muller, was apparently not “open” to moving abroad.

Van Gaal said: “In 2015 it would have been possible if his wife had been a little more open to a transfer abroad.

Do you think Muller made the right decision to stay at Bayern? Let us know in the comments section.

“At least that was the reason Thomas gave my assistant Marcel Bout, who had had all the conversations with him, why the transfer had been rejected.”

The Dutch manager went on to explain that the Red Devils had also failed in luring Muller away from the German giants a year earlier.

He added: “'In 2014 the board of directors of FC Bayern was persistent (in rejecting United's interest).”

Van Gaal was sacked at the end of the 2015/16 season, next taking up a management role in summer 2021 where he took charge of the Netherlands national team for a third time. 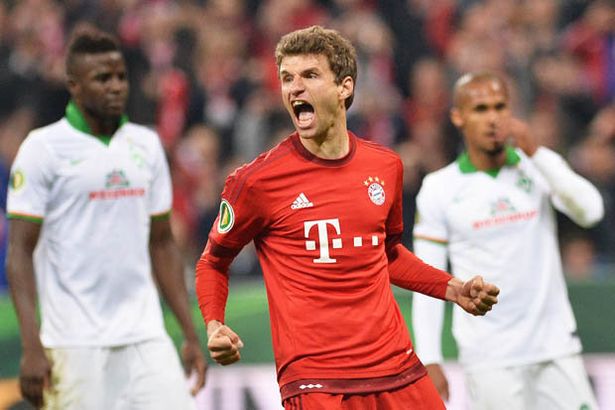 Meanwhile, Muller has gone on to renew his deal at the Allianz twice since his failed move, playing under various managers, including Pep Guardiola, Carlo Ancelotti, Jupp Heynckes, Hansi Flick and Julian Nagelsmann.

The roaming attacker has scored 220 goals for his boyhood club while claiming a sensational 10 Bundesliga titles.