Matteo Guendouzi has confirmed he is leaving Arsenal after being frozen out by manager Mikel Arteta.

The midfielder hasn’t played for the club since he was was overheard taunting Brighton players about their wages in a game in which he was also sent off towards the end of last season.

Arteta shipped the 22-year-old out on loan to Hertha Berlin in October and, despite him having a year left to run on his contract, Guendouzi has confirmed he will leave the club.

Guendouzi, who has been linked with a move to Marseille, took to Instagram and Twitter to break the news, writing: ‘Thank you Arsenal. Thanks for everything!

‘I discovered and learned so much during my time here. It would be impossible to list everything without forgetting one memory or word… but I will never forget any minute spent with the Gunners jersey. 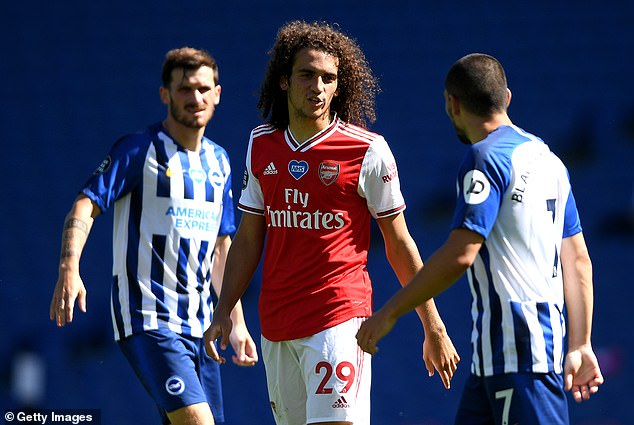 ‘Thanks to all of those who believed in me during my time here, during the good and the bad moments. I can only wish the best to the club and its fans who deserve so much, trust me! Goodbye Arsenal, I will never forget you and will be a Gooner forever.’

Guendouzi’s last appearance in an Arsenal shirt saw him sent off for grabbing Brighton’s Neal Maupay by the neck.

Following the game, Sportsmail learned that the midfielder spent the match taunting Brighton players about the financial disparity between the squads.

Mesut Ozil was Arsenal’s top earner at the time with wages of £350,000-a-week, while Brighton’s wage ceiling was thought to be somewhere in the region of £50,000-a-week. 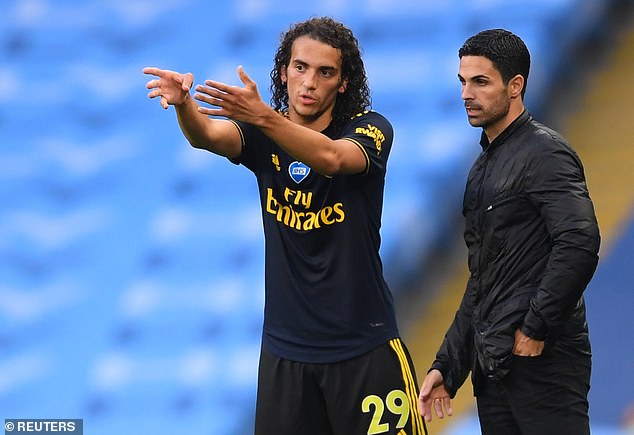 Guendouzi was also said to be disparaging about the quality of players in the Brighton team.

‘He was saying the Brighton players were s*** and that he and his team-mates earn so much more than they ever will,’ a source said. ‘He’s done it in other games as well. Arsenal are a decent club and hate that sort of behaviour.’

Arteta reacted by exiling Guendouzi from first-team training before shipping him out on loan to Hertha, where he made 24 appearances.

Despite not being part of the Arsenal squad last season, Guendouzi has said he was deeply affected by the club’s failure to qualify for Europe for the first time in 25 years.

He told Bild: ‘To see that the club failed to qualify for a European competition for the first time in 25 years hurts deeply. That affects me emotionally a lot.

‘Arsenal are a big club in Europe that deserve to be in the Champions League every year. That’s normal for me, an institution like this deserves only the best. 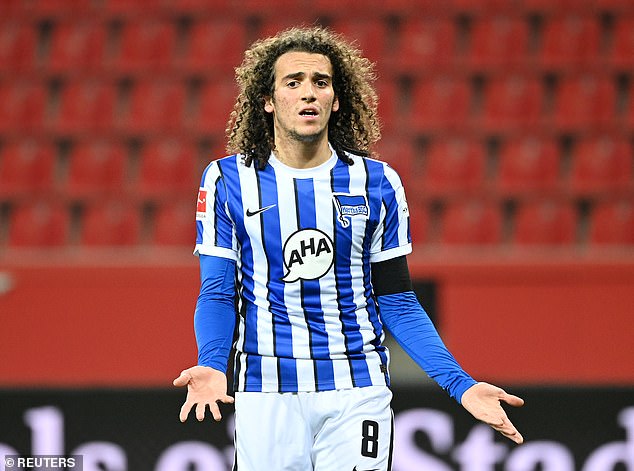 The 22-year-old spent last season on loan at Hertha Berlin, where he made 24 appearances

‘Arsenal must return to where it belongs. I don’t know the reasons for the failure because I wasn’t there last season. But I’m concerned about the club’s situation because Arsenal deserve great things.

‘I am a Gunner from the bottom of my heart and will remain so, no matter what.’

The midfielder is now expected to complete a move to Marseille, although it was reported that the French club would initally sign the midfielder on loan with a £10million obligation to buy.

He was signed by former Arsenal manager Unai Emery for £7m in 2018 and has featured 89 times in all competitions.

William Saliba, who is yet to make a competitive appearance for the Gunners, is also expected to complete a loan move to Marseille. The defender spent last season on loan with Nice.