Martin Odegaard insisted that Arsenal only had themselves to blame for the 2-1 defeat to Everton on Monday night as he claimed they ‘were not at the level they needed to be’.

The Gunners led through the 22-year-old at the end of the first-half but conceded twice as the Toffees secured their first win since September.

Mikel Arteta’s side wilted as Richarlison levelled in the second-half before Demarai Gray’s screamer in the 92nd minute snatched all three points for the Blues.

Martin Odegaard, who opened the scoring, admitted Arsenal had themselves to blame for loss 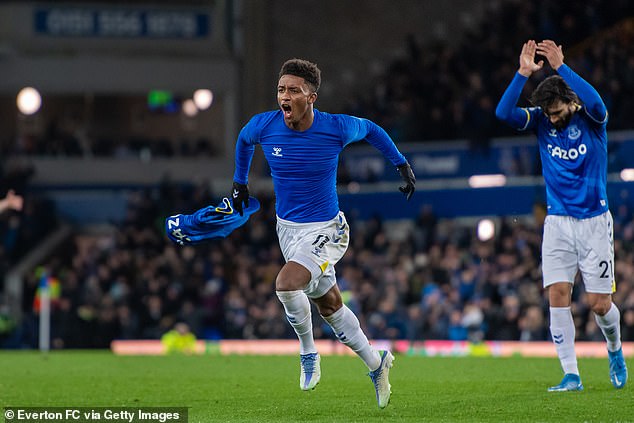 The defeat at Goodison was Arsenal’s third consecutive away loss, leaving them to play catch up in the race for top four after struggling against Manchester United.

Following the game, Odegaard slammed his side’s performance, insisting that they have to do better.

‘It’s a hard one to take. I think in general we were not at the level we needed to be at today,’ Odegaard told Sky Sports.

‘We had some good moments but we have to do much better. We should have been better. 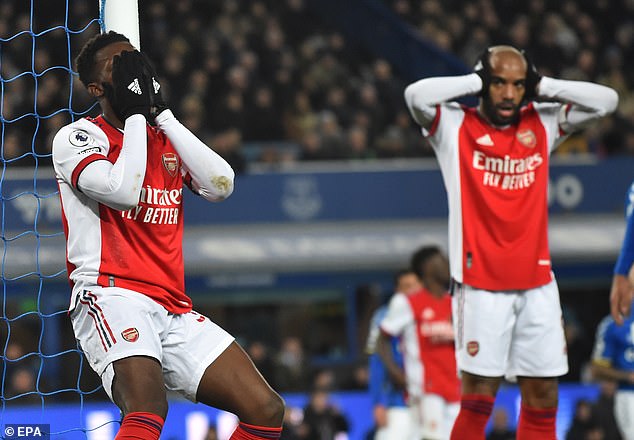 ‘We have to do better when we have that lead. We stopped playing and gave them the game they wanted to play.’

The Gunners also threw away the lead during their trip to Old Trafford last week. Emile Smith Rowe opened the scoring before Odegaard levelled in the second-half but Cristiano Ronaldo’s second of the evening handed United the victory.

When asked if Arsenal’s habit of surrendering a lead was a mindset problem, the midfielder said: ‘I think it is.

‘When you’re leading 1-0 you get afraid to lose the win and in my opinion that’s what we did wrong today,’ he said.

‘You go for the second goal and that was the intention but we didn’t manage to do that on the pitch.’