MARK CLATTENBURG: The standard of refereeing at Euro 2020 so far has been VERY high with officials not giving cheap free-kicks away in the final third.. only Denmark’s penalty against Finland and Poland’s red card are the main talking points

The whistles have been staying away from referees’ mouths and the matches have been flowing as a result. What a joy!

From its first 10 fixtures, Euro 2020 averaged 19.8 fouls per game. That’s the lowest number recorded in a Euros or a World Cup since Opta started collating data in 1980.

It is no coincidence that Euro 2016 sits next in the list. 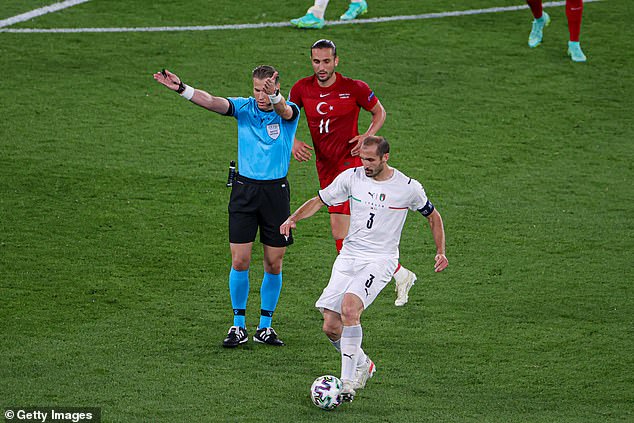 Referees such as myself wanted to stand firm on cheap free-kicks at that tournament in France — and the guys on the ground now are likewise refusing to fall for any play acting. They won’t buy a player being blown over by a stiff breeze.

Take the incident involving Luka Modric, for example. Croatia’s Modric was driving towards England’s box with the ball. He saw a challenge from Kieran Trippier coming and dropped down, hoping Croatia would be awarded an inviting free-kick from inside 30 yards.

It happened at high speed but Italian referee Daniele Orsato spotted Modric’s intentions and rightly waved play on as there was no contact from Trippier.

The spectacle can only benefit from smart refereeing such as this. 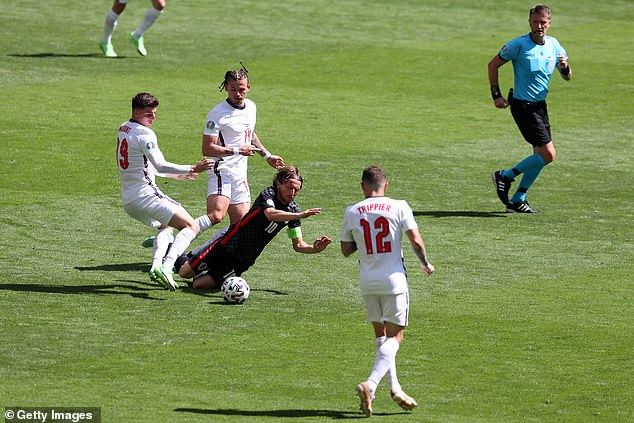 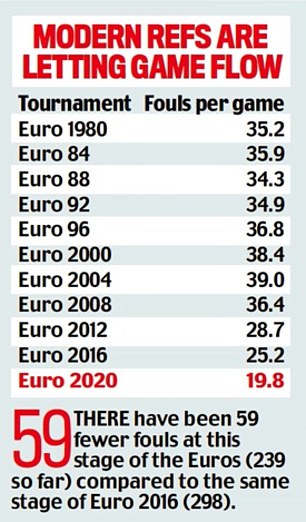 The technical report from Euro 2016 states that no fewer than 19 crucial opening goals in games were scored from set pieces.

A cheap free-kick in the final third can have a real impact, so referees do not want to be blowing their whistles for innocuous challenges.

It’s important to remember that international football is different to the club game, too. Players are more disciplined at a tournament such as this because they don’t want to let their nation down.

Phil Foden picked up a yellow card in England’s opener against Croatia. Another yellow in any of their next four games and he will receive a one-match suspension, with cautions only resetting upon completion of the quarter-finals.

In the Premier League, you can be booked five times before a suspension kicks in — players can take greater risks in their challenges when playing for their clubs than their countries. 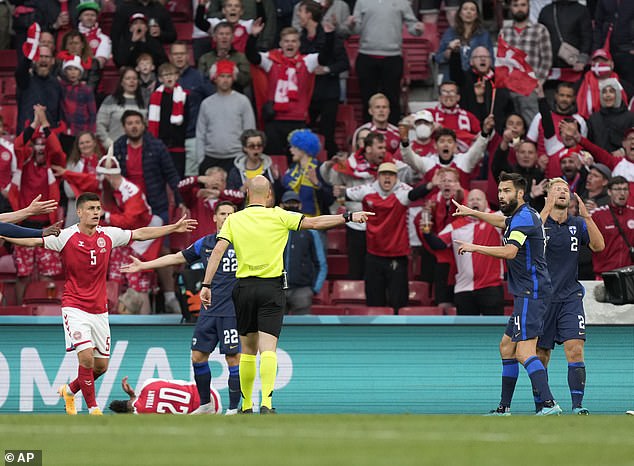 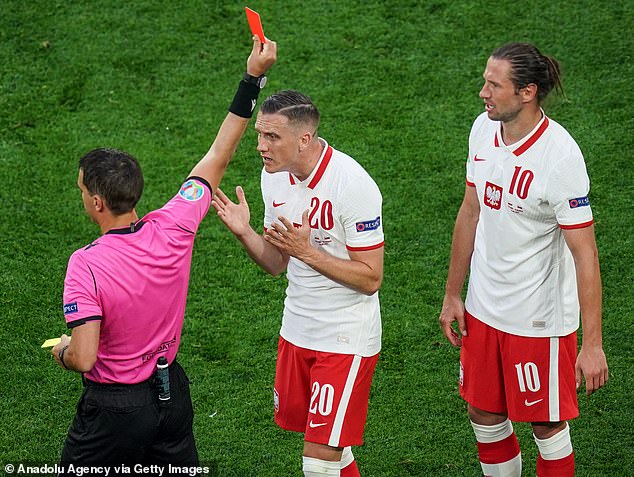 We could perhaps be critical of the penalty awarded to Denmark by Anthony Taylor but given the context of what happened in that game with Christian Eriksen, and the fact that Pierre-Emile Hojbjerg missed the subsequent spot-kick, that’s a minor point.

Not everyone agreed with Grzegorz Krychowiak’s second yellow card for Poland against Slovakia, either.

But overall, we’ve seen a high standard of refereeing. The opener between Turkey and Italy set the tone, and players will start to learn they cannot buy free-kicks by going to ground.

There needs to be a concrete reason for a referee to blow.

Plus, considering how common VAR controversies are in the Premier League, they have been kept to a minimum. Long may this continue.