‘He didn’t want to tell me!’: Sadio Mane reveals Jurgen Klopp did not tell him Philippe Coutinho was leaving Liverpool when he sought first-team assurances after Mohamed Salah’s arrival

Sadio Mane has revealed that Liverpool manager Jurgen Klopp didn’t tell him that Philippe Coutinho was leaving when he sought assurances over playing regularly.

With Mohamed Salah having joined from Roma in 2017, Mane had concerns regarding whether he would be a key figure for Klopp’s side.

Mane asked Klopp about his place in the team and the German stressed to the winger that he would feature prominently, but held back details about Coutinho’s departure.

Coutinho eventually left for Barcelona in January 2018, with Mane now one of the best players in the world having frequently impressed for Liverpool.

Mane told The Liverpool Echo: ‘He said he had confidence in me, and that with time I would play to the point of exhaustion.

‘Even so, I told him I wanted to play.

‘Klopp said he had to rotate his squad. There was also the fact Coutinho was close to leaving and he didn’t want to tell me that straight out.’ 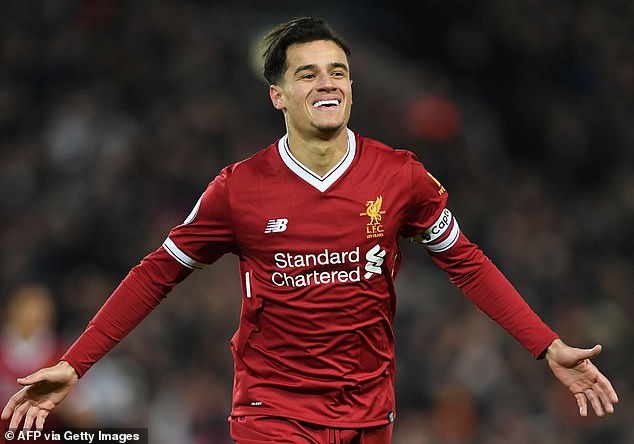 Mane has gone from strength to strength under Klopp’s guidance since arriving at Liverpool from Southampton in 2016.

In total Mane has played 161 times for Liverpool, during which time he has scored 77 goals and provided 34 assists.

Last season Mane helped Liverpool to win the Champions League, and he will hope that he will soon receive a Premier League winners’ medal.