Manchester City’s Premier League clash against Arsenal will go ahead on March 11 after they convinced UEFA to give them the green light.

The game has been approved by UEFA and the Premier League to take place next Wednesday, much to the relief of Pep Guardiola’s side, who are short of midweek slots for the rest of the season.

Sporsmail reported earlier on Tuesday that the fixture could be rubber stamped for Wednesday and it has proven to be the case.

The game – which will see Mikel Arteta return to the Etihad Stadium for the first time since leaving City to become Gunners boss – was scheduled for last Sunday, but City were involved in the Carabao Cup Final against Aston Villa at Wembley.

UEFA had to agree to the scheduling, which was by no means a formality.

They could have objected with Liverpool host Atletico Madrid in the second leg of their Champions League last-16 tie at 8pm on the same day.

There was an agreement between UEFA and the Premier League back in 2017 that coverage of top division games have to finish at least 15 minutes before the kick-off of European games.

Arsenal’s trip to the Etihad Stadium is due to be televised by Sky — they selected their games before Christmas — and an earlier kick-off, which would also have presented complications for the police and fans, could have thrown a major spanner in the works.

With Wednesday confirmed as the new date, Arsenal, who face West Ham at 3pm on Saturday, will have 24 hours extra to prepare for the clash than City, who face arch-rivals United in the Manchester derby at 4.30pm on Sunday.

With the game potentially at such short notice, the Gunners are looking at subsidising coaches for supporters.

With Liverpool on the brink of winning the Premier League, City’s objective now is to consolidate their position in second while Arsenal are still eyeing an unlikely top four spot. 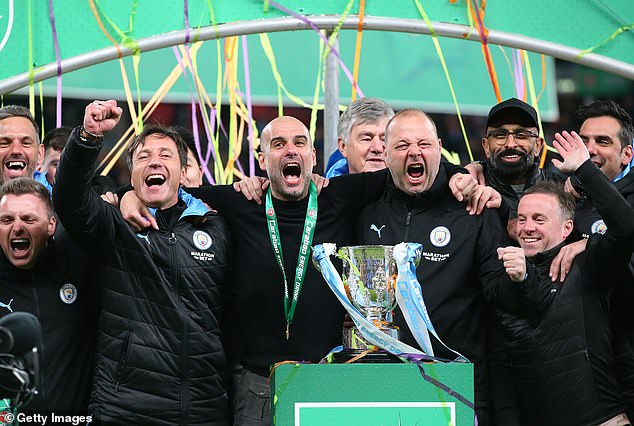