Paul Pogba has given Manchester United fans an update on what he’s doing during the coronavirus crisis. The pandemic has forced the Premier League to suspend all action until April 30 at the earliest.

And players like Pogba have been keeping in touch with fans on social media.

Pogba, speaking during an adidas social post, he said: “This is Paul Pogba, aka ‘La Pioche’. I am at the PP Arena.

“This is where I spend most of my time at home in confinement.

“I’m with the little one [his son]. We’re playing football, fooling around. I dribble past him until he grows up and does the same to me!

“These are the things you can do at home if you have a garden, if you’re inside… Even in a small apartment with a foam ball, like we used to do back in the day. We play, we break things, we say sorry to our parents and go on – I’m kidding!

How Man Utd could line up with Jadon Sancho

Pogba had just return to training before United were forced to close their Carrington training base due to the virus.

He has only managed eight games so far this season due to injury but hopes to play a part in the run in.

United have nine games to play and trail Chelsea by three points as they battle for a Champions League place for next season.

Ole Gunnar Solskjaer has got United back on form since the January window and the signing of Bruno Fernandes.

United have gone 11 games unbeaten – the last defeat coming against Burnley on January 22 – in their pursuit of a top four spot.

But the club are currently more focused on helping the community through the difficult period. 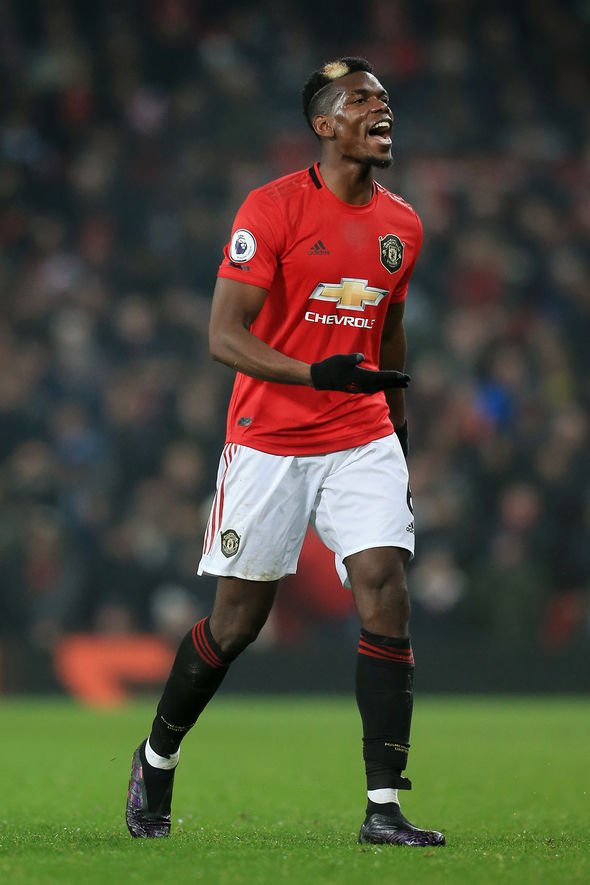 It said: “Firstly, on behalf of everyone at Manchester United, our thoughts are with anyone who has been directly affected by this virus and everyone dealing with the impact of it. All our gratitude goes to the healthcare staff working on the frontline of the NHS here in the UK and in hospitals around the world at this particularly difficult time.

“We are all having to adjust – fans, players, coaches – to a new way of living, without our fix of football, although we all agree that everyone’s health and wellbeing at this time is much more important.

“These are unprecedented times and we now need to all come together to combat this global pandemic. It is important for everyone to follow government guidelines to help control the spread of COVID-19, wherever you are in the world. That’s what we’re doing at Manchester United, with all our players now training at home, following individual programmes and using technology to stay in touch with our medical, fitness and coaching staff.”