Manchester United star Marcus Rashford has become the latest high-profile sportsman to condemn George Floyd’s death and give his backing to the ‘Black Lives Matter’ protests.

Floyd, an unarmed black man, died after being arrested in the American state of Minnesota last week.

The incident was captured on video and shows police officer Derek Chauvin kneeling on Floyd’s neck for eight minutes.

Riots have engulfed some cities across the States with looting and clashes with the police now rife.

United forward Rashford has taken the last few days to assess the situation on the other side of the Atlantic Ocean but issued a passionate statement.

“I know you guys haven’t heard from me in a few days,” the 22-year-old wrote on social media.

JUST IN: Man Utd transfer request made by Inter Milan as ‘definitive evaluation’ of star sought

“I’ve been trying to process what is going on in the world.

“At a time I’ve been asking people to come together, work together and be united, we appear to be more divided than ever. People are hurting and people need answers.

He wrote: “My heart goes out to George’s family and I stand in solidarity with the black community and millions of others across the world who are outraged by these events. It’s heartbreaking to see that in 2020 this is still happening.”

Meanwhile, six-time F1 world champion Lewis Hamilton hit out at his fellow drivers for not speaking out about Floyd’s death.

“I see those of you who are staying silent, some of you the biggest of stars yet you stay silent in the midst of injustice,” Hamilton wrote on Instagram.

“Not a sign from anybody in my industry which of course is a white-dominated sport. I’m one of the only people of colour there yet I stand alone.

“I would have thought by now you would see why this happens and say something about it but you can’t stand alongside us. Just know I know who you are and I see you. 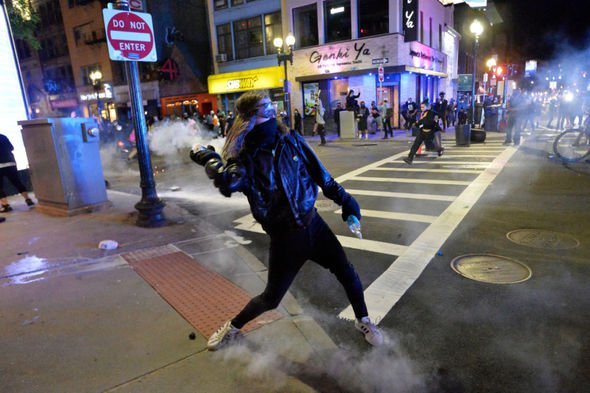 “There can be no peace until our so-called leaders make change.

“This is not just America, this is the UK, this is Spain, this is Italy and all over.

“The way minorities are treated has to change, how you educate those in your country of equality, racism, classism and that we are all the same!

“We are not born with racism and hate in our hearts, it is taught by those we look up to.”