Manchester United star David De Gea never had to be taught about distribution upon arriving from Atletico Madrid in 2011, it has been claimed. The Spain international is under pressure at Old Trafford after his costly error against Everton on Sunday.

The Spain international took too long at Goodison Park and that allowed Calvert-Lewin to chase him down and open the scoring.

That mistake has led to criticism of the Spain international and questions over his distribution.

But former United goalkeeping coach Eric Steele has insisted De Gea’s footwork has always been so good the club didn’t even need to teach him anything.

“I was surprised to see what happened on Sunday because distribution was the one part of his game which he was so comfortable with,” Steele told FourFourTwo.

“We didn’t teach David that when he came in nearly nine years ago, it was already in his skillset.

“David knows himself that it was an error of judgement, that he took too long and was too casual.

“A player like Dominic Calvert-Lewin thrives on any sense of being able to charge a goalkeeper down. He did.

“He pursued him when certain players would have turned away.

Steele believes De Gea can bounce back from the mistake, however, and praised the rest of his display against Everton.

“David has put his hands up and he’s had to do that,” the former Red Devils coach added. 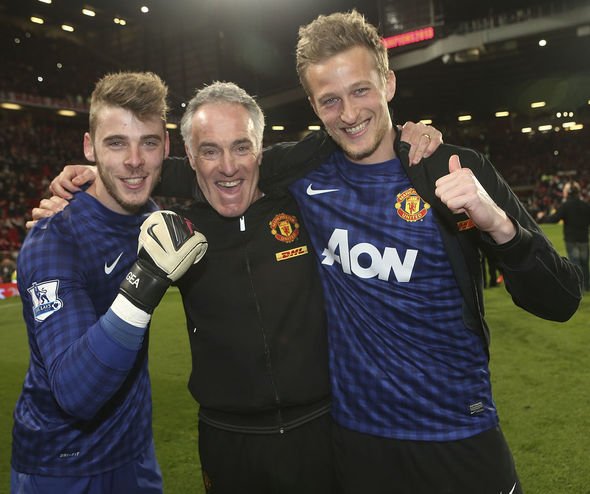 “He’s been man enough to put his hands up a few times this season, but the good thing on Sunday was that he had opportunities to put the mistake right which he did.

“He quickly made a very good save low down with his left hand.

“He also made the save with the controversy at the end, so he will have felt better coming off having made a contribution and, knowing the man, he would have put the mistake aside by the time he went into to talk to Richard Hartis (United’s goalkeeping coach) the day after the game.”

Steele then expressed a belief that United will benefit from the return of Dean Henderson, who has impressed at Sheffield United this season.

“Dean’s doing so well that people are now starting to talk about him playing for England in the Euros rather than Jordan Pickford,” he added.

“That’s great for Man United, but the club have big decisions to be made by Ole and Richard in the next three or four months.

“Do they sell Dean or do they bring him back at the end of the season because if they do, Dean will want to come back and play.

“Having Dean back will bring a massive challenge for David.

“Dean will have had a full Premier League season behind him and he’s proven in the top league and proven at all the clubs he’s played for.

“When he went on loan again at the start of this season, he’s probably thought ‘If David is going to sign a new contract then I want to stay at a club (Sheffield United) where I’m enjoying it and playing every week.”