How England reached the Euro 2022 final

Mary Earps has revealed that tips and messages shared with Manchester United club-mate David De Gea are behind her standout performances at Euro 2022. The England goalkeeper has been beaten just once on the way to the final, where the Lionesses face Germany on Sunday at Wembley.

Earps was singled out for praise by her captain Leah Williamson after helping them negotiate the semi-final win over Sweden. And it turns out Spain’s men’s international goalkeeper has been helping her out even though his own country were England’s victims in the quarter-finals.

“Yeah, me and David De Gea speak a little bit,” Earps said. “He messaged me after the semi-final saying congratulations. We message back and forth about results and clean sheets and stuff so that’s always nice to have his support.

“Obviously at Man United he’s really supportive of the women’s game.” Williamson had already credited Earps with turning the game for England after a shaky start against Sweden.

“I will speak about one individual, because Mary made a save at a key moment of the game – which was an incredible turning point for us,” the Arsenal defender said. “We then went up the other end and scored.”

The response to an even better save in the second half left Earps feeling dazed, she said. “Rachel Daly and Millie Bright tapped me on the head so hard, I’m surprised I’ve got any brain cells left after that,” Earps added.

“Although my mum and dad will say that I’ve never had any in the first place! They said some really nice things and that just means the world to me, to have my teammates say such amazing things. I just want to help the team.

“I want to be the best I can be for them. I love playing at this level, it’s such a fantastic feeling. I feel the team have been amazing and I’m just so proud I can be a part of it. 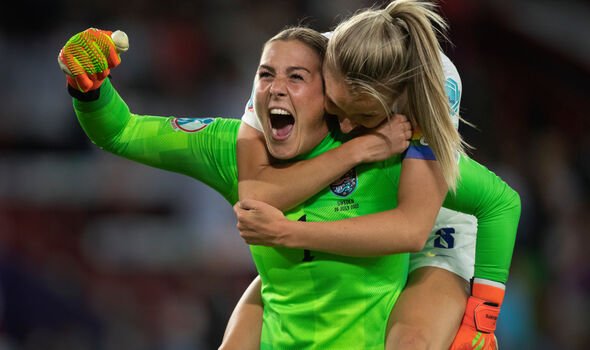 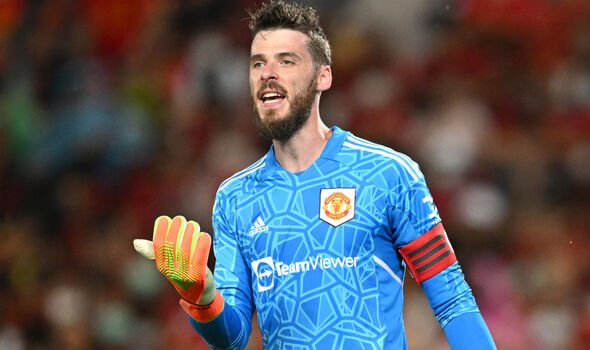 “I want to help the team in any way that I can and whatever way I’m needed – hopefully I’m never needed in a game because that means the girls and doing unbelievably in front of me. But when I am needed I want to be there and I want to give my absolute all.”

England No 1 Earps continued: “One game to go. We’ve put ourselves in this position, we’ve earned the right to be in the final. We’ve worked really hard together and we’ve got a really good group. We’ve got another game, it’s not done yet but so, so happy that we’ve made it to the final.

“I’m absolutely loving playing for this team, it’s an absolute privilege. I love playing at this level, it’s such a fantastic feeling. I feel the team have been amazing and I’m just so proud I can be a part of it.”