Manchester United star Bruno Fernandes has been compared to Paul Scholes and Eric Cantona by former Red Devils winger Ben Thornley. The Portugal international has been in sensational form since moving to Old Trafford from Sporting Lisbon back in the January transfer window. And he’s yet to taste defeat since moving to the Theatre of Dreams, shining in the 5-2 victory over Bournemouth on Saturday.

Fernandes has been directly involved in 11 goals from nine Premier League matches so far, scoring six and assisting five.

He’s helped transform Ole Gunnar Solskjaer’s side in the short time since his January move, pushing the Red Devils closer to a top four finish.

And former United winger Thornley has hailed Fernandes, writing in his column for Tribal Football: “I suppose with his intelligence and the amount of time he has on the ball which he makes for himself, Fernandes reminds me of a Paul Scholes type player, in terms of his brain and everything going through him.

“I think with the impact that he’s had there is only player that springs to mind and that is Eric Cantona.

“But I think Bruno Fernandes is a combination of the two, with the intelligence and impact he has managed to have on the team in such a short space of time.

“He has been incredible, he has been involved in more goals in the last ten games than any other player in Europe.

“He helped United go on a 15 game unbeaten run and he is one player who I believe Ole Gunnar Solskjaer wants the consistency and creativity from and therefore picks him every game, he is one person who is very, very reluctant to leave out.

“And it is no coincidence that United are in the hunt for two trophies and still a place in top-three or four.”

Fernandes continued his stunning form for United on Saturday, shining in the club’s 5-2 victory over Bournemouth at Old Trafford.

The Portugal international scored a sensational free-kick as the Red Devils battled their way to a crucial three points.

And he was hailed by Rio Ferdinand after his brilliant display against the Cherries, with the ex-United star saying: “It’s the risks he takes on a football pitch and he’s someone you don’t mind doing that because his intentions are there. 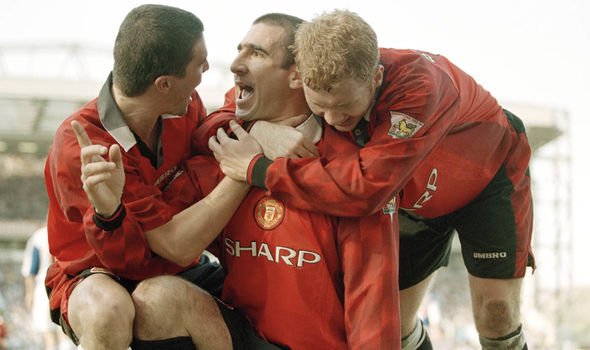 “When the ball comes to him, a lot of midfielders nine times out of 10 play it back or out wide, but he identifies there’s a danger area, a space for him to live and breathe and for players to attack once he gets on the ball.

“And these players are starting to get on the same wavelength as him when he gets the ball.

“All great players before the ball comes to them are having a look, assessing the areas around him.

“He wants to exploit the areas, playing in with one pass. The intention is there to hurt the opposition.”

Fernandes passed on the chance to take a penalty against Bournemouth, instead allowing Marcus Rashford to take the spot-kick.

And Rashford opened up on that after the match, saying: “The penalties are just penalties.

“We just decide at that moment who’s going to take them. As long as the penalty goes [in], it’s no worries for me.

“It’s definitely a nice feeling to back scoring goals, but you know for forwards you just take it one game at a time.

“Whether you score or you don’t score, the next game is always about scoring.

“That’s what I’ll continue to do, like I’ve done for the whole season, really. So game-by-game we want to win games and just keep competing for the trophies we’re still in.

“I want to say how blessed I feel to be back healthy. I’ve had this injury before in the past but this time it was quite a bit worse than the ones I’ve had before. It was definitely difficult news to hear.”