Friday 8 May – latest gossip from the transfer world

Borussia Dortmund expect Jadon Sancho to stay this summer in a blow to Manchester United.

Sancho is United’s top target and they appear ready to sign him for £120m.

Mixed reports this week have claimed they could wait until next year to complete the deal while others have claimed he is very much in their sights.

And, according to Sky Sports, Dortmund expect him to remain at the club for next season.

Sancho is being linked with United, Chelsea and Liverpool in England while Real Madrid and PSG have also shown interest.

But United are thought to be the front-runners although that would depend on Champions League qualification.

Sancho joined Dortmund from Manchester City in 2017 and they will get 15% of the fee and also have a first refusal clause, but are not expected to make a bid. 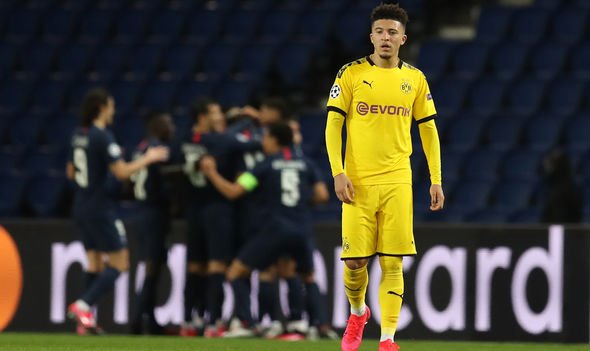 Philippe Coutinho could be on his way to Newcastle in a deal worth £70, according to reports in Spain.

Coutinho could be the first super star signing of the new era at Newcastle.

The £300m Saudi takeover is set to go through in the next week, while Mauricio Pochettino is being lined up as manager.

And Mundo Deportivo report that Newcastle could buy Coutinho for £70m from Barcelona.

It would be an extraordinary move for both after he joined Barca for £142 from Liverpool.

Coutinho has struggled to live up to that price tag and is currently on loan at Bayern Munich.

Liverpool could in fact save more money by waiting on a Timo Werner deal, because his release clause drops if RB Leipzig don’t win the league.

Werner currently has a £52m release clause, but according to Gazetta dello Sport that drops to £44m if Leipzig do not win the title this season.

Leipzig are third in the Bundesliga as it prepares to return with Bayern Munich in first and Borussia Dortmund second.

Related posts:
Previous Post: Tottenham handed Ivan Rakitic transfer boost as Sevilla deny interest in Barcelona star
Next Post: Mike Tyson is not the only fighter considering a comeback as Enzo Maccarinelli is tempted to return