Manchester United’s interest in Jude Bellingham is reportedly causing concern for one member of Ole Gunnar Solskjaer’s squad. The Birmingham City wonderkid is a priority target for the Red Devils ahead of the summer transfer window.

The Premier League giants face competition from Borussia Dortmund for 16-year-old midfielder Bellingham, who has established himself as a regular for Birmingham in the Championship this season.

Old Trafford officials attempted to steal a match on their transfer rivals by showing the England Under-17 international around their Carrington training ground in March.

Bellingham held talks with Solskjaer, Ed Woodward and recruitment bigwig Matt Judge, while Sir Alex Ferguson was roped in to be part of the charm offensive.

Any deal is likely to be worth at least £30million. 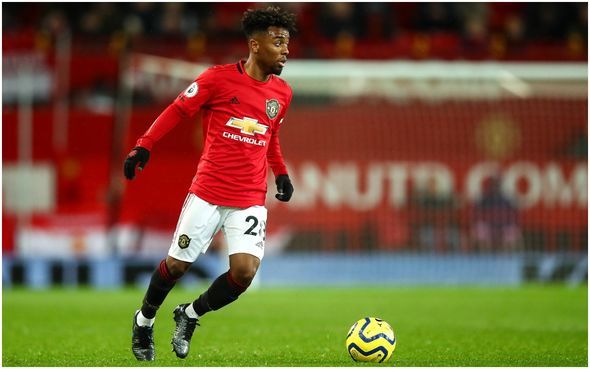 Despite being well stocked in midfield, Solskjaer believes Bellingham could challenge for a place in the starting XI.

His versatile skill set, ability to get forward as well out help out on the defensive side would make him a useful option for the United boss.

If he does join, Bellingham could push current members of Solskjaer’s squad further down the pecking order – and The Sun claim Angel Gomes is concerned by that prospect.

Gomes, 19, is highly rated by the club thanks to his brilliant record at youth level but has struggled to nail down a regular role in the first team.

The attacking midfielder became the youngest player to represent United since Duncan Edwards when he made his debut in 2017 but has managed just nine more appearances since.

Gomes is out of contract at the end of the month and could walk away when the deal expires.

He has been offered fresh terms but has yet to accept because of concerns over a lack of playing term.

Speaking about Gomes’ future ahead of the Premier League restart clash against Tottenham Hotspur, Solskjaer said: “With Angel, he’s a top kid we’ve had at the club for so many years, we’ve offered him a deal and hopefully he’ll take that and if not I wish him all the best.

“From what I understand it’s not too far away, if not we’ll wish him all the best.”

Aston Villa playmaker Jack Grealish and Dortmund winger Jadon Sancho are also top targets for United. If they were to join that would also, arguably, limit Gomes’ minutes on the pitch.