Manchester United lost on penalties to La Liga opponents Villarreal in the Europa League final in Gdansk, Poland on Wednesday night. Gerard Moreno had the Spanish outfit ahead at half-time but in the second half United levelled through Edinson Cavani. The Premier League giants were forced to play an additional 30 minutes and couldn’t find a winner so had to go to a shootout which they lost 11-10 with David de Gea the only player to fail to score as United missed out on a first piece of silverware in four years. Express Sport rates and slates the individual performances from the Red Devils.

Cheaply gave the ball away in the build-up to the free-kick Villarreal scored from and might be disappointed with the goal but he was at full stretch. Otherwise quiet in the 120 minutes. In the shootout, having not saved a spot-kick since April 2016, failed to keep out any of Villarreal’s 11 efforts then missed his penalty.

One of United’s only decent performers in the first half at both ends of the pitch. Saw less of the ball second half but was strong defensively and pressed relentlessly. Taken off late on for the penalties.

Failed to prevent Moreno getting to the free-kick delivery that made it 1-0, should’ve shown better awareness that the striker was in space behind him. Some good challenges otherwise however and scored his penalty. 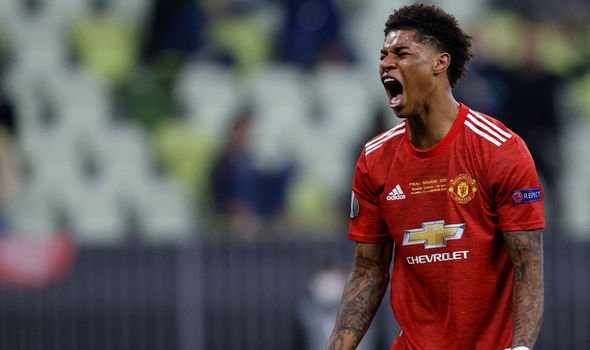 Blocked off for the goal but caused a panic when he acrobatically swiped at a second-half cross that Carlos Bacca could’ve scored from. Was largely solid otherwise. Booked and taken off for Axel Tuanzebe with five minutes to go of extra time as a result.

Didn’t track the run of Moreno for the Villarreal goal but was better offensively and produced some teasing crosses. A shanked second-half shot almost inadvertently saw Cavani make it 2-1 but for a Pau Torres. Scored his penalty – just.

Not his best night despite United’s victory as the game passed him by. Defended well but on the ball lost possession too many times and his passing was largely below his best standard. Switched to left wing once Fred came on. Surprisingly taken off shortly before the shootout.

Battled in midfield and attacked well too. Did brilliantly well inside the box in the second half to twist and get a shot away that was deflected wide for the United corner from which they scored. Taken off before the penalties, but was a standout for the Red Devils nonetheless. 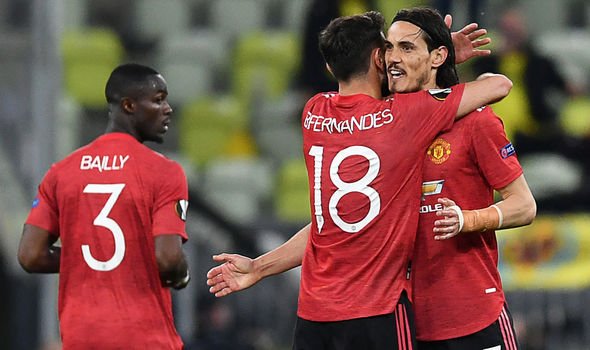 A rare first-half positive with promising glimpses including one fine run just before the break. Brought down for what could’ve been a penalty shortly after the break and linked up well all game long. Taken off before the penalties.

Captained the team in Maguire’s absence but kept quiet by the Villarreal midfield and cut a frustrated figure in the first 60 minutes. Livened up after that and should’ve had an assist when he found Rashford for a clear-cut goalscoring opportunity. Scored his penalty.

A poor performance from the England international, even though he worked hard off the ball and his shot helped lead to the United goal. Failed to beat his man in way too many one-vs-ones and wasted a brilliant close-range chance to make it 2-1. Looked tired but scored his penalty.

Gave away the free-kick but showed incredible workrate and desire, making multiple tackles and blocking several passes. Perfectly placed to draw United level on 55 minutes after a deflected Rashford shot for his 17th goal of the season. Almost had an 18th from a header that was blocked by Torres. Scored his penalty.

Gave a fresh set of legs but didn’t see much action. Scored his penalty.

Came on to take a penalty. Scored it.