Manager Ole Gunnar Solskjaer is desperate to bolster his attacking ranks in the upcoming transfer window.

Borussia Dortmund star Jadon Sancho is considered the club’s top priority but the Bundesliga side are still demanding upwards of £115million for his signature.

Their valuation, according to Spanish publication La Razon, is why an agreement still hasn’t been reached between the two parties.

It’s thought the Old Trafford chief is searching the market for a cheaper alternative and there’s been no shortage of names linked.

But there’s a new name on the shortlist, according to La Razon.

The report claims United are monitoring Real Sociedad’s Oyarzabal but will have to fend off competition from Pep Guardiola’s City.

The pair are supposedly prepared to make a ‘great financial effort’ to bring the player to Manchester.

Barcelona to complete transfer for Brazil centre-forward on Wednesday 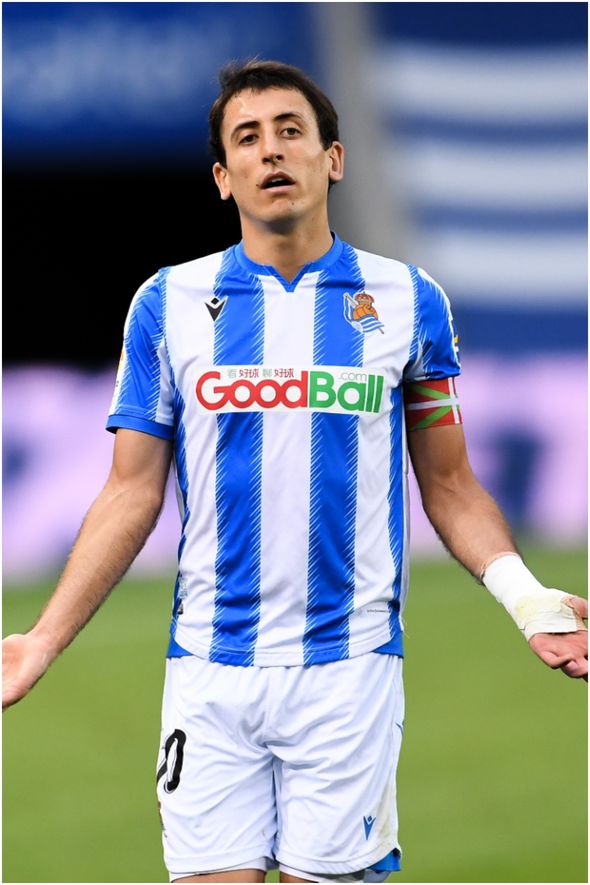 It’s thought Oyarzabal, who is contracted with the La Liga outfit until June 2024, would cost somewhere in the region of £68.1million.

Oyarzabal, 23, joined Real Sociedad’s academy in 2011 and has risen through the ranks – scoring 50 goals and providing 35 assists in 193 first-team appearances.