Manchester United need to sign Jadon Sancho, Jack Grealish, Harry Kane and one more big-name player this summer if they are to build on their recent good form and compete for the Premier League title next season. That’s the opinion of Alan Shearer, who believes United will be in a good position to bring those players in.

United are preparing for a busy summer transfer window.

The exact date that the window will open is still unknown due to the coronavirus pandemic, but that hasn’t halted preparations behind closed doors.

The Red Devils have been linked with a host of names ahead of the window and are expected to spend big to improve their squad.

And according to The Sun, they’ve already agreed terms with Sancho and only have to settle on a fee with Borussia Dortmund.

But Shearer believes they shouldn’t stop there, as he urged Ole Gunnar Solskjaer to continue spending.

United have been linked with an audacious bid to sign Kane in the summer, with the Tottenham star contemplating leaving the club.

Kane recently admitted he was considering a move away if he believed there wasn’t any chance of the team winning trophies.

The 26-year-old is still yet to win his first professional trophy, and is said to be open to a move to United.

He could end up being the second of three big-name acquisitions for the Red Devils, with Grealish also heavily expected to make the jump to Old Trafford.

And Shearer thinks those three would be the ideal players to bring in in order to make the leap towards challenging for the title next season.

“Solskjaer and the powers at Old Trafford are determined to keep their momentum going,” he wrote in his column for The Sun. 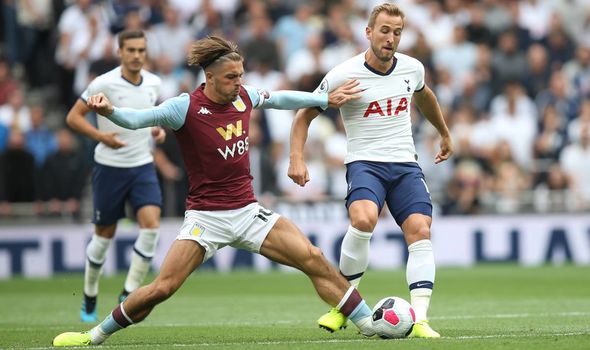 “And with their financial clout, they are in a good position to take advantage in future transfer markets once football is eventually back.

“To get anywhere near where they want to be then they need three, possibly four, big signings.

“Those three are exactly the types they need if they are to compete at the top again.”