Manchester United have identified Juventus star Paulo Dybala as the long-term replacement for Edinson Cavani, according to reports. Cavani turns 34 in February and, although United are likely to trigger the one-year extension in his contract, the club are already looking at life beyond the former Paris Saint-Germain star.

Dybala, whose contract at Juventus expires in the summer of 2022, has long been linked with a move to the Premier League.

The 27-year-old is not an out-and-out striker but has the ability to play in a number of roles.

Transfer expert Ian McGarry says Juventus have offered a final contract extension to Dybala and are confused as to why the Argentine has not accepted the new deal.

“He has been offered €11.5million gross for an extension of three years to his current deal,” McGarry said on the Transfer Window podcast.

“His agent, Jorge Anton, is due to speak with Juventus in the coming days with regards to deal or no deal.

Tottenham have held talks over a deal for Dybala in recent seasons, with United also linked with the forward.

And McGarry says the Red Devils are set to reignite their interest if Dybala rejects Juve’s latest contract offer. 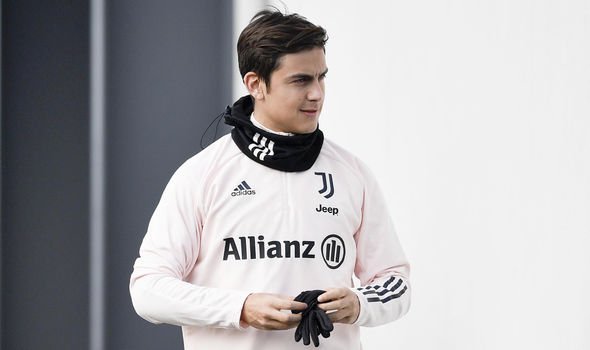 He added: “We know there have been conversations, negotiations, with Manchester United and Spurs over the last year to 18 months regarding a potential transfer of Dybala to the Premier League.

“Those discussions will certainly be continued should he turn down this final offer from Juve to extend his contract.

“It’s also our understanding that United see Dybala as a long-term solution to what has been a short-term solution in Edinson Cavani, in terms of his age.

“Dybala, of course, at 26 has the best years of his career ahead of him and would suit their cultural reboot policy with regards to age and the style of football they want to play.

“[Ole Gunnar] Solskjaer still sees [Marcus] Rashford as a wide player, as well as Mason Greenwood, therefore any discussion and negotiation with Dybala and his agent would be about a summer transfer, not January.”

Dybala has scored 97 goals for Juventus since joining from Palermo in 2015.

He has two goals in 29 caps for Argentina since making his debut five years ago.