Manchester United fans have begged Ole Gunnar Solskjaer not to play Bruno Fernandes for the full 90 minutes against Derby County. The attacking midfielder has been named in the starting XI for the FA Cup fifth-round tie.

Fernandes has started five of the club’s six fixtures in all competitions since arriving from Sporting Lisbon in late January, playing every minute in the Premier League during that spell.

What looked like a disappointing campaign could turn into a decent season, with the Red Devils in the running for the top four and aiming for FA Cup and Europa League glory.

Sunday’s derby against Manchester City is high on the agenda for the majority of fans, with many taking to Twitter to call for Fernandes to be given a breather against Derby if the chance arises. 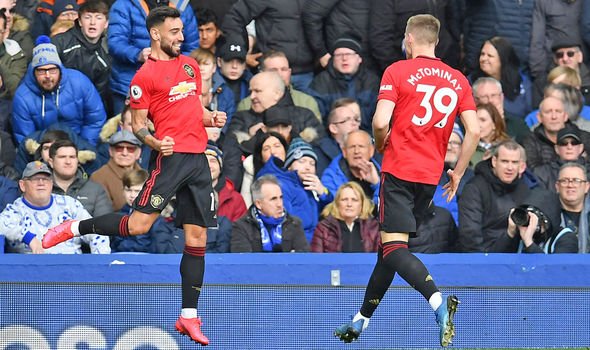 “Fernandes is gonna need a rest soon,” a third added.

And a fourth said: “Finish off the game in the first 45 and Rest Fernandes, Scott and Fred too.”

A number of fans were even annoyed to see Fernandes in the line up.

“Wtf are we playing Bruno for, its Derby ffs,” one said.

“Give Bruno a rest ffs,” another added.

While a third said: “Should’ve rested Fred and Fernandes for City.”