Manchester United fans have demanded Ole Gunnar Solskjaer play James Garner more regularly after he impressed in the club’s Under-23s match against Stoke City last night. The midfielder was given his debut last season in a win over Crystal Palace at Selhurst Park.

Manchester United boss Solskjaer has made a habit of giving youth a chance ever since replacing Jose Mourinho as manager.

Tahith Chong, Angel Gomes, Mason Greenwood and Brandon Williams have all been given the chance to impress in the 15 months since the Norwegian came in the door.

But Garner has been used sparingly compared to the rest.

The 18-year-old has been limited to just six first-team appearances this season, considerably more than the rest of his fellow youngsters.

And after impressing for the club’s Under-23s, fans have expressed a wish to see Solskjaer play the midfielder more often.

“James Garner is an absolute baller. And #FreeGomes,” said one supporter.

“What does James Garner have to do to even get on the first team bench? May already be even better than McTominay. Incredible talent. #mufc #MUAcademy #GGMU,” added another.

“Who actually cares if pogba is back in training should definitely have James garner either in that first team or on the bench,” said a third fan.

“Think James Garner might actually be a better B2B (box to box) than a DM (defensive midfielder),” were the words of another.

A fifth said: “I want more James Garner in the first team.” 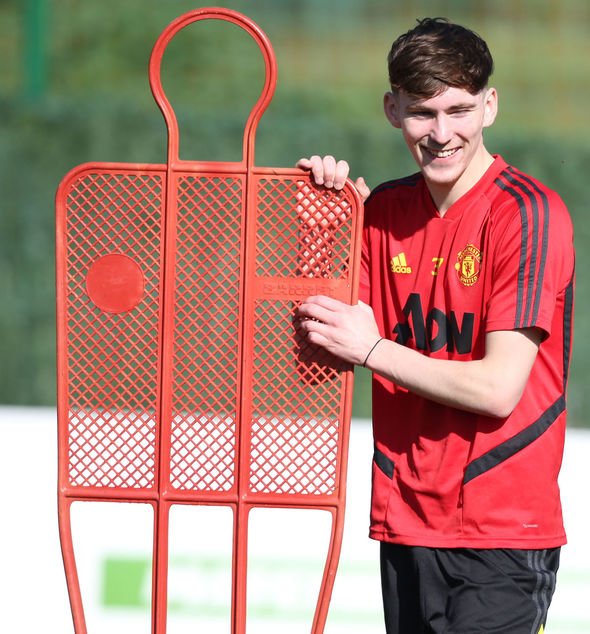 And a sixth added: “James Garner is the best central midfield prospect #mufc have had since Paul Pogba.”

Speaking recently, Garner admitted that he was happy with his current role – but wanted to show everybody what he was capable of.

“I am not really too fussed which team I play for as long as I am getting the minutes in,” he said.

“I am just going to keep ticking along, stay fit and when the chance does come, hopefully I can take it and I can show everyone what I can do.”

Garner also feels his versatility can be an asset for the club.

“I enjoy playing in different positions,” the midfielder admitted.

“As long as I am on the pitch I don’t really care whether I play at centre-back, in midfield, at right-back, or wherever.

“I am not really bothered as long as I am playing.

“But, as you come from centre-back into midfield, or from midfield into centre-back, you appreciate the positions of your fellow team-mates that they’re playing in.

“It helps you more if you can play at centre-back and centre-mid I think.”