Manchester United discussed the prospect of Andreas Pereira or Marcos Rojo moving to Sporting Lisbon in return for Bruno Fernandes, reports say. The Red Devils were able to bring the Portugal international to Old Trafford in the January transfer window and the 25-year-old has made a flying start to his career at his new club.

The Portugal international joined from Sporting Lisbon back in January, with Ole Gunnar Solskjaer sanctioning a £46million deal.

And, shortly before the midfielder’s arrival, ESPN claim United held discussions about potentially including Rojo or Pereira in the deal.

In the end, that didn’t happen.

United agreed to pay £46m for the 25-year-old up front and the fee could rise to as much as £68m if certain conditions and clauses are met.

Rojo did leave Old Trafford for Argentinean side Estudiantes on loan.

And Pereira has stayed but, since Fernandes’ arrival, found starting opportunities difficult to come by.

United have seen many big-name signings toil at Old Trafford in the years since Sir Alex Ferguson’s retirement.

But Fernandes has started well enough to suggest that, in his case, he’s somebody perfect for the Red Devils.

His start to life at United has certainly pleased club legend Ryan Giggs, who thinks Fernandes can get even better.

“He’s a fantastic player,” the former United winger told Sky Sports News. “He’s lifted the place, he has lifted everyone around him and it’s still early days. 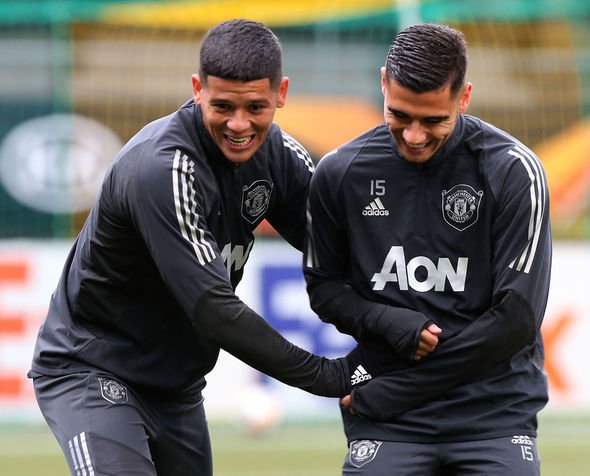 “I still think he can get even better.

“He’s hit the ground running which is what you want, especially [after] signing in the January transfer window [because] it doesn’t always happen.

“But he’s fantastic and I’m pleased to see him doing so well.”

Solskjaer, meanwhile, opened up on his decision to sign Fernandes.

And he revealed that he had been left impressed by the midfielder’s leadership skills, with the midfielder previously captaining Sporting before his exit.

“When you go and see them live you just get that feeling of the player,” the Norwegian said.

“What impressed me most that day was his personality. We knew about his skills and qualities.

“If you follow him and watch him all the time [you notice] that he cares so much and wants to win, he had that fire in him.

“I thought, yep, that’s the character we need.

“He won’t let anyone down. Letting the team down is the same as letting himself down. He wants to win and he knows we [win] together, everyone plays an important part. He’s been a positive boost.”