Manchester United will reportedly not try to sign Sergio Ramos this summer due to a previous feud with the defender and his brother, despite being able to sign the veteran for free following his departure from Real Madrid.

Ramos will end his glittering 16-year spell with Real when his contract expires at the end of the month.

The 35-year-old has decided to move on from the La Liga giants after winning five league titles and four Champions League among several other honours.

His departure from the Spanish capital was announced on Wednesday and he conducted an emotional press conference a day later.

Man Utd are widely believed to be searching for a new centre-back partner for Harry Maguire this summer.

Boss Ole Gunnar Solskjaer had his side’s defensive frailties highlighted when the England star had his season ended prematurely in May.

Maguire limped off with an ankle injury against Aston Villa on May 9, leaving Victor Lindelof, Eric Bailly and Axel Tuanzebe to deputise.

Neither Lindelof nor Bailly have convinced Solskjaer that they can be Maguire’s long-term defensive partner.

Tuanzebe does not seem trusted by the 47-year-old and has been linked with a loan move next season.

United’s need for a centre-back has prompted suggestions that they could sign Ramos on a free transfer.

However, the Daily Mail claim that the Red Devils will not pursue a deal due to a complicated relationship with Ramos and his brother, which goes back to when the parties previously discussed a potential move in 2015.

Chief executive remains unhappy with Ramos due to his conduct during those talks, while the Spaniard has also admitted that he turned down a move due to ‘economic reasons’.

Ramos is instead expected to join French side Paris Saint-Germain. 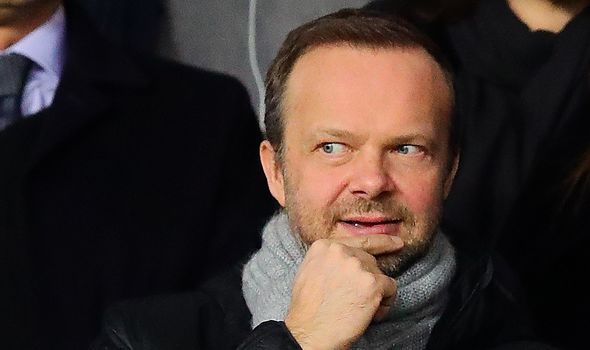 “There was an offer from United. I considered changing for a while but Real Madrid was always my priority and there were no economic reasons,” Ramos told Spanish outlet COPE in 2016, a year after United’s interest failed to materialise.

“Did I feel cheated [by Madrid]? No, but I did feel disappointed for a while. There were some troubles that came to an end.

“Flattery from big clubs is always good as this is because you are doing well, but the fans and my club want me.”

Solskjaer is also understood to want a central midfielder and a forward signed before the end of the transfer window.

Borussia Dortmund winger Jadon Sancho remains their top priority but the Red Devils reportedly had a £70million move knocked back by the Bundesliga side last week.

Sancho has said that he wants to focus on England’s Euro 2020 campaign before discussing his future.

“I don’t really look at it,” the 21-year-old told TalkSPORT last week.

“When I’m during the season I always focus on myself and the team because that’s the most important thing that we can do.

“When I’m on the pitch, I’m always giving my all and trying to create what I do on the pitch, that’s goals and assists. I try to work hard.”