Ex-Manchester United star Patrice Evra has revealed that his former club rejected a request to sign Cristiano Ronaldo and Gareth Bale shortly before Sir Alex Ferguson retired. The Scottish boss had also assured the left-back that he was not leaving the club just weeks before his plans to retire were announced.

The Red Devils are yet to win a Premier League title since Ferguson departed the club in 2013, with the club taking a massive downturn ever since and numerous managers attempting to save the sinking ship at Old Trafford. Erik ten Hag is the latest boss to try and steady the club so that they can become title contenders once more.

The former Ajax boss spent over £200million on new signings over the summer in order to strengthen the squad, reuniting with Lisandro Martinez and Antony at the Theatre of Dreams and also splashing the cash on Casemiro. The money appears to be well-spent at this stage, though the club may regret their transfer decision before Ferguson retired.

Speaking about the manager’s final weeks of his last season at the club, Evra told Betfair: “It was really sad to hear that Ferguson was leaving. Two weeks before the end of the league, I remember Ferguson came to me and said ‘Patrice, I see in the press that they say I am going to leave but trust me, I will be here another 10 years’.

“He told me that we need to win the Champions League again and (that he) needs two players to come back, one was Cristiano Ronaldo, then Gareth Bale. It was something like £200million to get those two players back to the club at that time and United, the board or whatever, didn’t agree with that and now you can see we spend even more money than that and look where we are. That’s why it was really painful.”

Ronaldo has since returned to United, though his homecoming last summer certainly hasn’t panned out how he would have envisioned – with rumours circulating before the start of the season that his agent was holding talks with other clubs. The Portugal international reportedly told United that he wanted to leave in favour of joining a Champions League, but he wasn’t granted that wish. 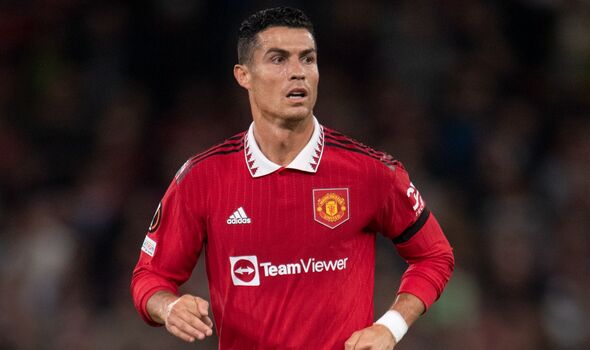 Ten Hag was adamant that Ronaldo was part of his plans, though he is not a regular under the manager at this stage, with Marcus Rashford preferred as a No 9. Speaking about the decisions that the new boss has made, Evra continued: “He got the players in preseason, everyone looked sharp, everyone looked great so you feel that you come in and maybe he thought he could do better than the previous manager with the same players, but it wasn’t the case and that’s why I think after the Brentford game he made some massive decisions.

“He dropped the captain, he put Cristiano Ronaldo on the bench, he gave the left-back Malacia an opportunity and that was a massive statement. Things changed with a few players, it’s not because they were playing that bad, but around those players, there was a lot of negativity, and sometimes you have to get rid of this negativity. He had the courage to do it.”