Manchester United have been tipped to sign Harry Kane from Tottenham in the summer window for half of the club’s £200million asking price because the transfer market has drastically changed.

That is the view of former Liverpool and England striker Stan Collymore.

Kane recently raised doubts about his future at the north London club after he warned Tottenham that he won’t stay “for the sake of it” if the club isn’t improving.

United are one of several clubs who have been linked with Kane, who Spurs’ chairman Daniel Levy reportedly values at £200m.

However, Collymore not only thinks Kane will be leaving the club in the future but also believes the transfer fee will be closer to £100m.

“There will be many a Spurs fan who thinks Harry Kane leaving the club is just wishful thinking by jealous people,” Collymore wrote in his column for the Mirror.

“Let me tell you, I can definitely see him going and if Spurs fans want even worse news – it won’t be for anywhere near £200m.

“I hear all this stuff about ‘He’s one of our own” and I get it.

“But, I don’t buy it, because I’ve seen a million of them before and when it comes to football, it can mean nothing.”

Kane, who came through Tottenham’s academy, has gone on to score 181 goals in 278 appearances for the club in all competitions.

However, the 26-year-old has not won any silverware in his professional career but has come close with Tottenham on two occasions.

The first was in the 2014/15 season when Tottenham lost 2-0 in the League Cup final to Chelsea and the second was the 2-0 loss to Liverpool in Champions League final last season.

Collymore thinks Kane will see fewer chances to score under boss Jose Mourinho because of his defensive approach to the game and as a result, will decide to leave the club. 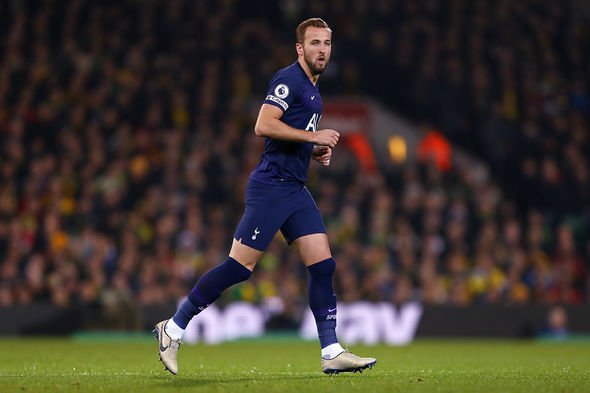 “Harry is an extremely decent player and seems to be an equally decent bloke, but can I see him doing what is unthinkable in many people’s eyes and moving on? Oh yeah. One hundred per cent,” Collymore added.

“Jose Mourinho will set his side up to not concede many goals but there won’t be the kind of chances floating around to see Harry set his sights on 25-30 in a season.

“He loves scoring and he will want to win things.

“I think he’ll be off. Anyone expecting £200m can forget it.

“The current situation means football is going to have a drastically changed market.

“Right now with the world as it is and massive changes on the horizon, £100m would be a lot of money for many, many clubs and that includes Tottenham.”