Raphael Varane is set to start France’s World Cup game against Denmark despite being absent since late October, according to a report.

The 29-year-old picked up an injury to his thigh in Manchester United’s draw against Chelsea on October 22, and hasn’t played a competitive fixture in over a month.

But head coach Didier Deschamps is considering who to send out for France on Saturday after their 4-1 victory over Australia on Tuesday.

And French sports title L’Equipe believe former Real Madrid centre-back Varane is likely to start against Denmark in the crucial Group D fixture, while Ibrahima Konate will drop to the bench.

Deschamps said the Man United man was ‘fit and ready’ for the Australia game, but remained unused, and now he is set to get his first match time in Qatar at Stadium 974.

It is also thought that Deschamps will make one other change, replacing Benjamin Pavard at right-back with 23-year-old Jules Kounde, according to their training session on Friday.

Bayern Munich defender Pavard was at fault for Craig Goodwin’s opening goal, although France managed to come back and secure the win with relative ease.

Barcelona’s Kounde replaced Pavard in the latter stages of Tuesday’s match, and it is likely that this will be the way the team starts out against Denmark, who secured a scoreless draw with Tunisia in their opening match. 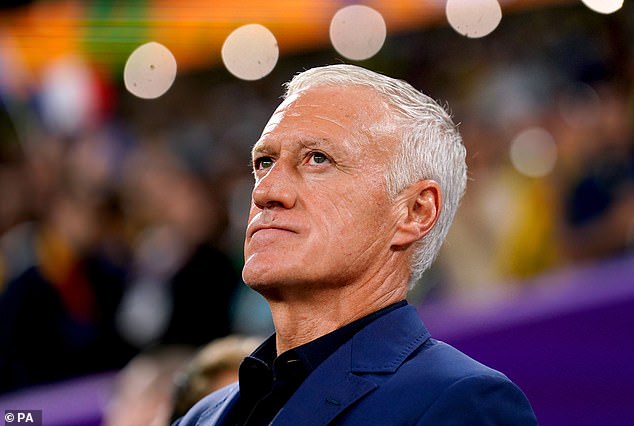 The other nine players are set to remain the same for France, as L’Equipe believes the current World Cup holders will retain their 4-3-3 shape.

Securing three points against Denmark will put France in a promising position to qualify from Group D, with a third group stage match against Tunisia on Wednesday. 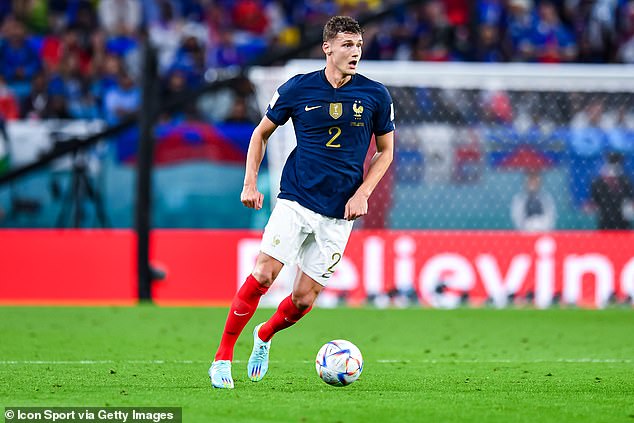 Related posts:
Previous Post: England confirmed XI vs USA: Harry Kane STARTS in unchanged side
Next Post: US bring in Wright for Sargent for England clash