Highly rated McAtee is the latest creative talent to break through City’s youth ranks and press for a first team place but with just 18 months left on contract Europe’s elite clubs are preparing to pounce.

United saw the 19-year old attacking midfielder leave their academy as a boy and have followed his progress closely but they are not alone with Barca, Ajax, Atletico Madrid and Liverpool among a raft of clubs also showing interest.

Dubbed the ‘Salford Silva’, owing to his likeness in style to former City star David, McAtee scored a hat-trick on Wednesday, his third of the season, during City’s UEFA Youth League defeat to Club Brugge. His performance highlighted the burgeoning talent he possesses as he continues to impress City coaching staff.

Manager Pep Guardiola is a confirmed fan and is keen to reward the teenager with more game time but McAtee’s has some of the best players in Europe in Kevin de Bruyne, Jack Grealish, Bernardo Silva and Phil Foden ahead of him.

The situation is alerting a number of top clubs as McAtee is viewed as potentially becoming the next Phil Foden. 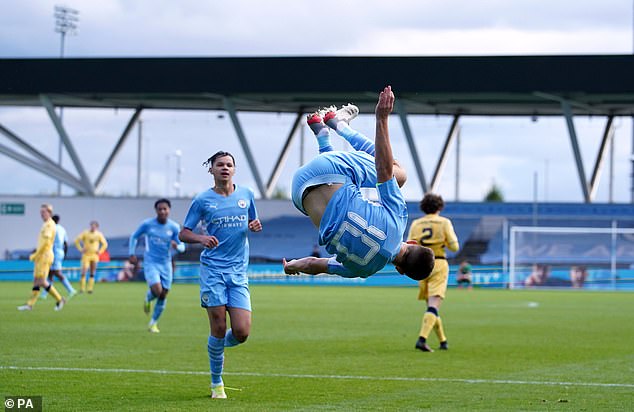 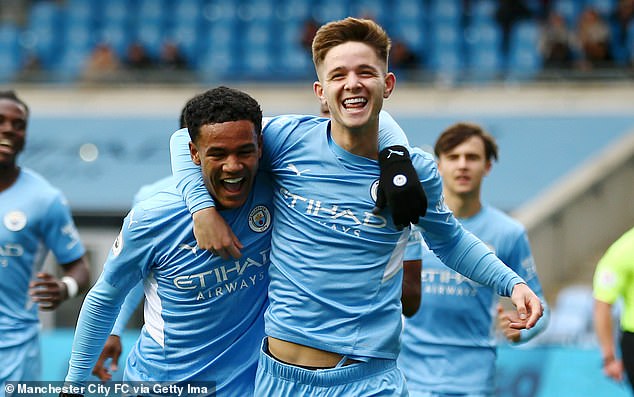 His quick feet, skillset and eye for a goal, he has scored 15 in 14 games this season, have already prompted Premier League Brighton to express a willingness to bid for the England U20 international (as reported earlier in the season).

City remain committed to keeping McAtee but recognise finding him a pathway is going to be challenging. They rejected numerous loan enquiries in the summer with Guardiola speaking positively about wanting the likes of McAtee to stay and learn alongside his squad.

Other top talents such as Jadon Sancho have taken the gamble of leaving City for a first team platform elsewhere and City will not want history to repeat itself where McAtee is concerned.