Manchester City are pushing for a deal to sign Barcelona’s Sergi Roberto this summer, according to reports.

The versatile 28-year-old can operate as a central midfielder or right-back and came through the youth ranks at the LaLiga side, making his debut under Pep Guardiola in 2010.

Spanish newspaper Sport claim City have notified the Catalans of their interest but report that Roberto, who is contracted until 2022, is happy at the Nou Camp. 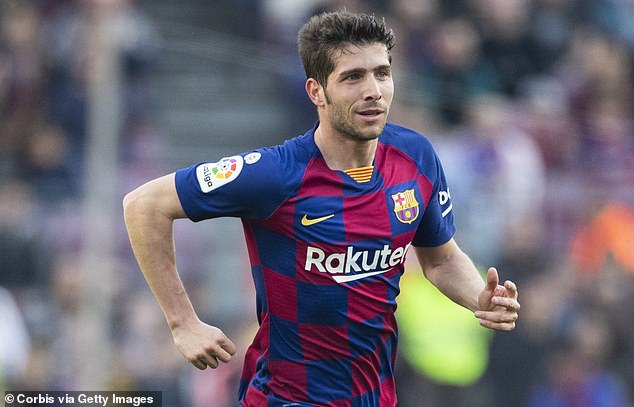 The Spain international spent two seasons in the first-team with Guardiola as manager, winning the LaLiga title, the Copa del Rey, the Champions League, the FIFA Club World Cup and UEFA Super Cup.

El Mundo Deportivo reported last month that Roberto would only consider leaving Barca to be reunited with his former boss.

He has been a regular for the Catalans this season, making 37 appearances in all competitions with one goal and two assists to his name. 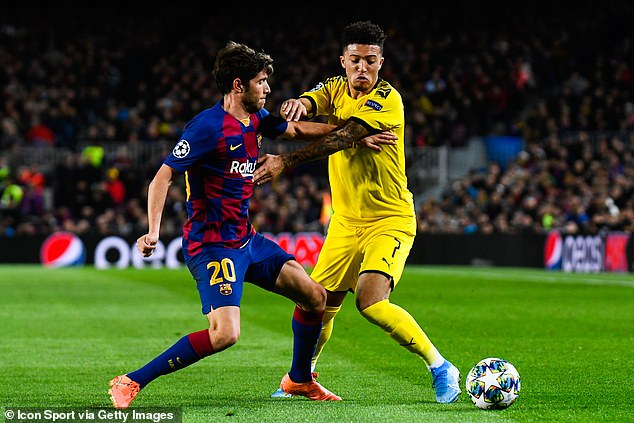 The versatile 28-year-old can operate as a central midfielder, right back and centre back

Despite starting his first five games in the centre of midfield, the majority of Roberto’s performances have come at full-back.

He also filled in at centre back on a couple of occasions including the third round of the Copa del Rey where he captained his side.

A deal could be complicated with Barca considering selling Nelson Semedo which would leave Roberto as the only option at right back. 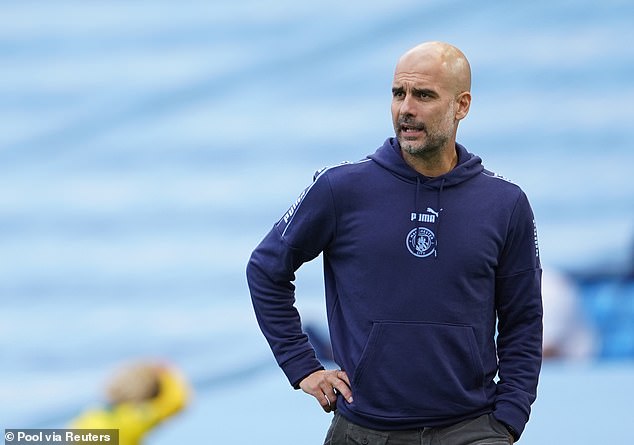 Guardiola has previously signed players who can adapt their position to with midfielders Fernandinho and Rodri occasionally being used in defensive roles.

The City boss has been quick to outline his transfer priorities ahead of next season with Bournemouth defender Nathan Ake closing in on a deal to join the Premier League side.

Valencia’s Ferran Torres is also expected to complete a move to the Etihad with the Spain Under 21 international seen as a replacement for Leroy Sane, who joined Bayern Munich earlier this month.