Haaland unveiled as Man City player after switch from Dortmund

Manchester City have no intention of selling Bernardo Silva despite reports linking the Portugal star with a move to Barcelona. It had been said that the Sky Blues had told the midfielder’s agent Jorge Mendes that he could leave for less than £70million but this has been strongly refuted by the Premier League champions.

Silva was heavily linked with a move away from the north-west last summer with the player unhappy with his game time and attracting interest from the likes of AC Milan, Atletico Madrid and current suitors Barca. However, he stayed to become one of Pep Guardiola’s best players last season, especially during the early part of the campaign. The 27-year-old scored 13 goals and contributed a further seven assists as he helped the club to claim their fourth Premier League title in five years.

Xavi is said to be a big fan of the player and hopes to bring him to the Nou Camp as part of his summer rebuild. The club has already tempted Raphinha from Leeds and Robert Lewandowksi looks set to join the club from Bayern Munich despite the club struggling with a huge debt estimated to be around £1billion.

Reports had suggested that Xavi may look to use the money coming from the expected sale of Frenkie de Jong to Manchester United in order to fund a move for Silva should City be willing to sell for less than £70m. However, the Mirror reports that Guardiola still sees the creative midfielder as a key part of his plans next season while Etihad officials believe he is worth more than £80m. As such, they are unprepared to sanction a move at such a low price.

The club are also reluctant to lose more of their attacking options after already allowing Gabriel Jesus to join Arsenal and Raheem Sterling to move to Chelsea. Oleksandr Zinchenko is another player expected to depart for London, with Mikel Arteta believed to be very keen on the Ukrainian. The deals are expected to cover City’s transfer expenditure on Erling Haaland and Kalvin Phillips this summer and hence a move for Silva is unnecessary as well as unwanted. 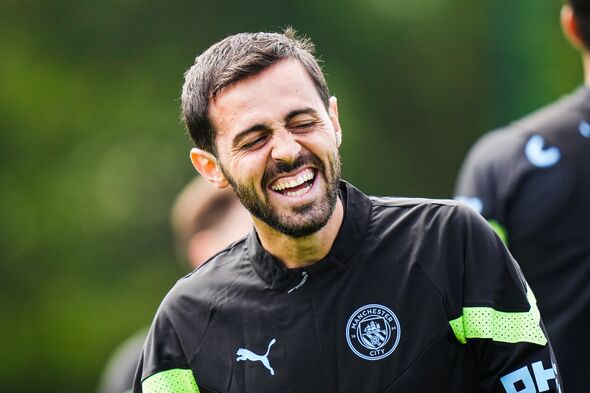 Guardiola has now turned his focus to tying down many of his top attacking talents instead. Riyad Mahrez became the first with the Algerian winger signing a two-year contract extension to 2025. The Spaniard will be keen for Silva to stay at the club for at least as long as the 31-year-old given his ability to play in a range of midfield and attacking positions.