Manchester City boss Pep Guardiola has aimed a thinly-veiled jab at today’s opponents Manchester United over the Red Devils’ transfer activity. The Catalan boss was dismissive of the notion that City are the only team spending big in the Premier League.

City have a reputation for spending big, and have done since their owner Sheikh Mansour bought the club in 2008.

However, despite reports linking them with big-money moves for the likes of Cristiano Ronaldo, Lionel Messi and Neymar throughout the years, their record transfer fee paid stands at a comparatively small £63million.

On that occasion, City forked out for Rodri last summer, with Guardiola keen to improve his options in the middle of midfield.

United, on the other hand, have been much more spend-happy in recent years, and have spent £50m or more three times alone this season – Bruno Fernandes, Harry Maguire and Aaron Wan-Bissaka.

Last year, the Red Devils spent £53m on Fred, having spent £178m the year before on four players.

And Guardiola believes it is time to stop criticising his side for their transfer activity, and instead look across Manchester.

Speaking ahead of today’s Manchester Derby, he expressed that it would probably be some time before he starts paying the type of transfer fee United have in recent years.

When asked if he would ever spend £80m or £100m on a single player, he remained coy, insisting it all depends on the market at the time.

“When it comes to expensive players we are ranking 23 and 24 but the club has a bad reputation on that.

“They say, ‘That’s just Man City spending money’ but, of course it is not true.

“You just have to see the numbers. 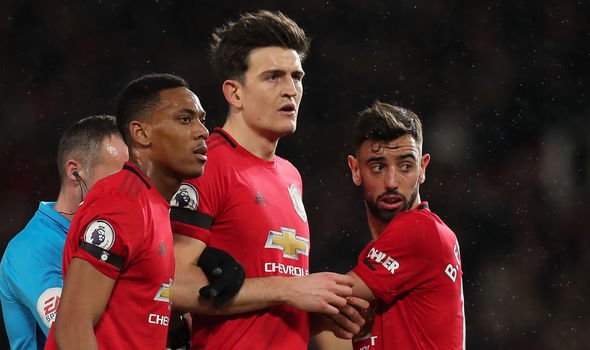 “Maybe one day it will happen, maybe not. The important thing is to buy good players who fit in to the way you want to play.

“The important thing is to take all the information about the player to reduce the uncertainty of a player being at a new club.

“Manchester City didn’t spend that kind of money so far, but maybe in the future it will do it, so honestly right now I don’t know.