Pep Guardiola will not rush star defender Ruben Dias back into first team action, for fear of losing him for the remainder of Manchester City’s campaign.

The 24-year-old defender will sit out Sunday’s FA Cup quarter-final at Southampton, after sustaining a hamstring injury against Peterborough in the last round on March 1.

City have drawn with Crystal Palace and Sporting Lisbon in his absence as Liverpool have closed to within a point at the top of the Premier League.

But Guardiola has been warned not to hurry him back into the first team, after the upcoming international break, for fear that a recurrence will rule him out of the whole season.

‘They told me five or six weeks. I think we will be short after the international break but they told me it is getting better, his symptoms are very good,’ said Guardiola.

‘But the problem when he got injured, the doctors told me to be careful. It looks like you are good but falling down again means the season is over. 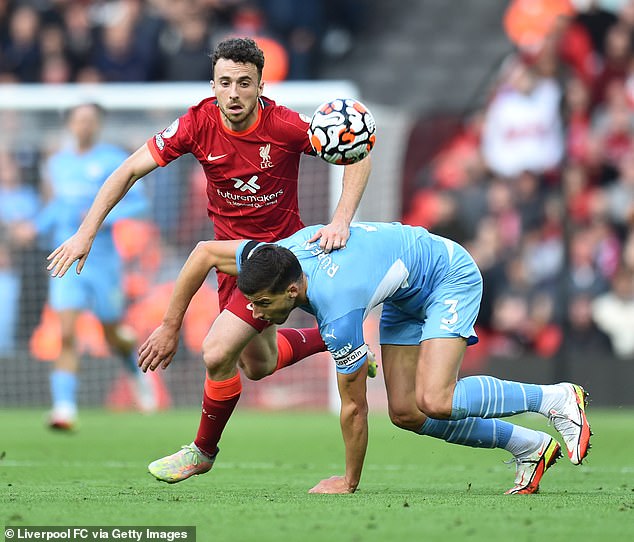 ‘So the position of the hamstring is ‘be careful’. We maybe have to wait a few more weeks but it is getting better.’

Dias, the reigning Premier League player and Champions League defender of the year, has been key to City’s success over the past two seasons.

And Guardiola may opt to rest him until the meeting with Liverpool at the Etihad on April 10, a game which looks increasingly like being a title decider.