Romelu Lukaku has provided Chelsea fans with an update following the injury blow he suffered against Malmo last week.

The Belgian striker limped off in the first-half of Chelsea’s convincing 4-0 win in the Champions League after twisting his ankle.

The 28-year-old took to Twitter on Monday to post an update for anxious supporters, sharing a photo of himself laid back on a sofa receiving treatment on the injured ankle. 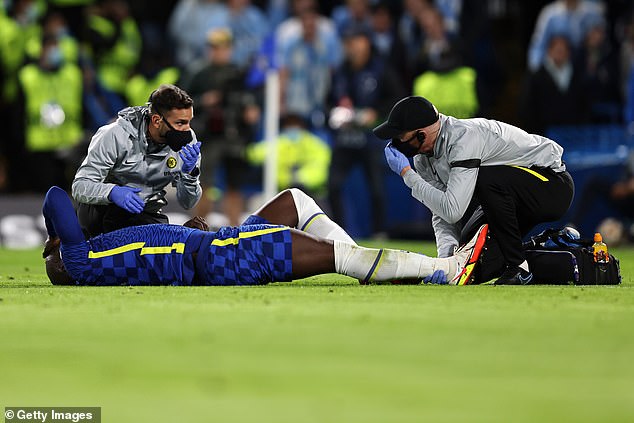 In the caption, he simply posted battery and clock emojis followed by an ellipsis, hinting that he is resting and recharging before making a return to the pitch.

The £98million-signing now faces a spell on the sidelines with Blues boss Thomas Tuchel confirming he will be without the striker for at least two games.

‘I don’t think it makes any sense that we go into speculation about how long it’s going to be. The fact is you never know,’ Tuchel said before Chelsea thrashed winless Norwich 7-0 last Saturday.

‘Things can be shorter or longer than expected. One thing I can tell you for sure is that that they are both in treatment and both feeling positive. They are not too worried. Out of the next two games for sure and then we’ll see.’ 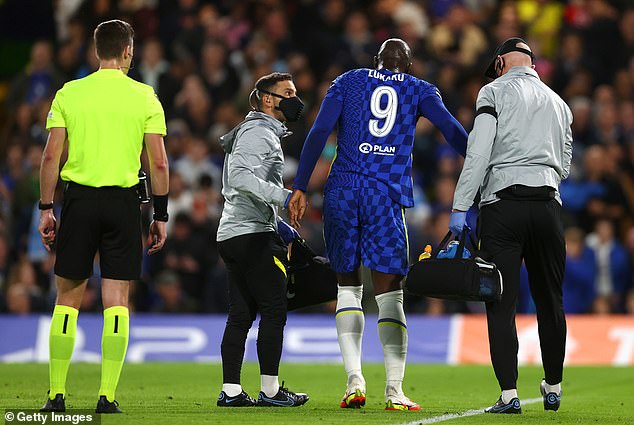 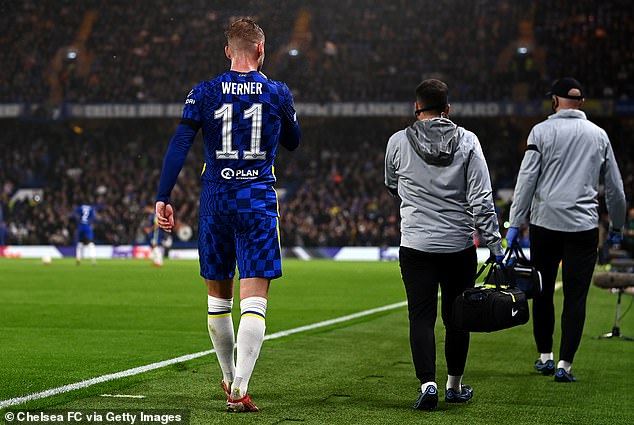 But other reports suggest that the worse case scenario could see Lukaku out for four weeks which would mean he misses league games against Newcastle and Burnley, as well as a Carabao Cup tie with Southampton and the return fixture against Malmo.

Timo Werner doubled Chelsea’s injury woes as he also trudged off the pitch after suffering a hamstring strain in the Champions League victory.

He is expected to miss the Carabao Cup clash against Southampton but there are concerns the Germany star could spend a longer period on the sidelines.

Both forwards were absent as Chelsea hosted Norwich at the weekend but they weren’t missed as Tuchel’s side thumped the Canaries 7-0. 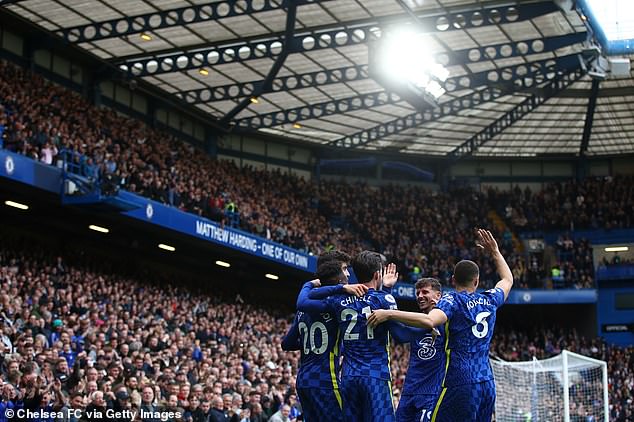 Chelsea thrashed Norwich 7-0 at Stamford Bridge, despite Lukaku and Werner being absent