The name Donald Bradman may not ring many bells for Jurgen Klopp – French cricket may be a thing; German cricket not so much. But when his Liverpool team are allocated their place in sporting history there may end up being a parallel.

The Don fell short of finishing with a Test average of 100 when he was dismissed cheaply by Eric Hollies in his final innings. Legend had it that the tears were still clouding his vision after being applauded to the wicket by the England side.

Salt in his eye is an unlikely explanation – like most Australian cricketers of that vintage he cried only in the presence of a chopped onion – but a nailed-on statistical certainty never happened and he ended up as Test cricket’s 99 man.

Liverpool’s defeat against Arsenal on Wednesday night, allied to the home stumble against Burnley and the hungover hammering at Manchester City, means their anticipated century will not happen either.

If they beat Chelsea at Anfield on Wednesday and Newcastle in their final game they will only reach 99 points. Only?

Like Bradman they have separated themselves from the rest to an extraordinary margin. Even with the recent hiccups they are still 18 points clear at the top.

Yet the revisionism is happening already. Perhaps Liverpool aren’t quite what they were cracked up to be? Perhaps their title is more a result of other clubs’ inconsistencies this season than their own excellence? Perhaps this really is an asterisk season?

It is true that if the table had been drawn since restart they would be struggling for a place in Europe. But it isn’t. It is constructed over the season and over the season Liverpool have been incredibly good. Far too good for the rest.

Winning the Premier League with seven matches to spare – a plumper cushion than any other side in history – has been followed by a plateau but that is hardly surprising. 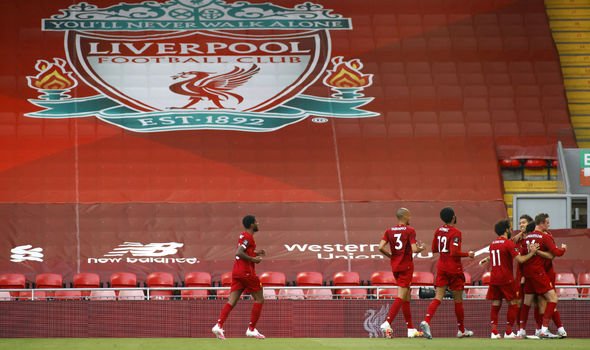 The mission is complete, an all-encompassing goal has been achieved so whatever comes next is by definition less important. If Liverpool’s drive has diminished it is human nature at work and human nature does not detract from their pre-eminence this season.

A century would have pleased the stattos but the ‘failure’ to achieve it should be of little consequence.

Numerical records carry less heft in football than in individual sports like athletics or golf or in an individually-weighted team sport like cricket.

Records that reflect total dominance – like the purity of Arsenal’s invincible season, fair enough – but who really cares deeply about a points century?

Football is less about numbers than it is about emotion and this Liverpool side conjures up so many positive feelings.

From the excitement engendered by a vibrant front three with Roberto Firmino at its hinge to the admiration for the energy of their swarming possession retrieval, this is a Liverpool team that is easy to like. Not many sides win the Premier League while also leading the Fair Play table.

From the warm Klopp, to the socially conscientious Jordan Henderson they have been admirable ambassadors for their sport and league in a season where football has been only a small part of the wider picture. 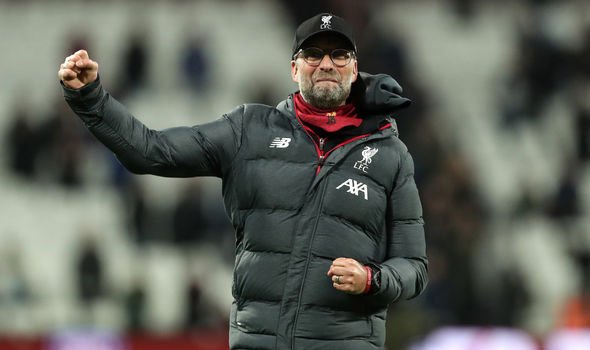 The century has eluded them but when Liverpool receive the Premier League trophy on Wednesday they can still raise their collective bats as the most worthy of champions.

Sadly, it is two steps forward, one step back when it comes to racism in sport.

For all the weight of the Black Lives Matter movement and the sense that doors may be creaking open to a more equitable future, it only takes one halfwit to make you despair that we will ever get there. Or two this week.

The hateful social media messages sent to Wilfried Zaha and David McGoldrick illustrated again the lowlife minority we co-habit with.

One response might be for black footballers to steer clear of social media but why should they? They are not doing anything wrong.

A better response would be for the social media companies to remove the cloak of anonymity from their platforms. The keyboard racists should be exposed to their families and employers as the snivelling cowards they really are. 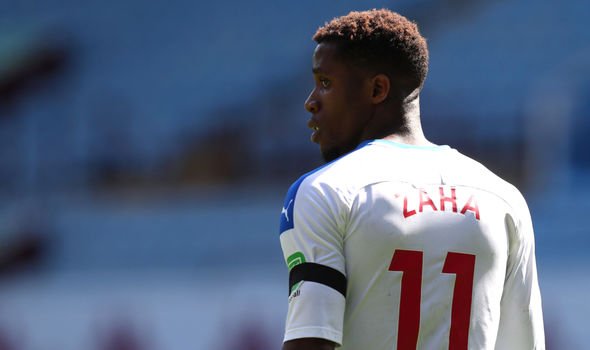 The enforced relegation of Saracens for serial salary cap offences was expected to lead to a break-up of their squad.

Players have left but the re-signing of Owen Farrell yesterday and the likelihood that Maro Itoje will follow suit means the big dogs will all be remaining at Allianz Park.

England internationals – of which Saracens will continue to have a profusion – do not come cheaply and with the Premiership’s cap being reduced next season the maths will have taken some doing.

Hopefully the club’s books are in order this time. The prospect of the England captain playing in the Championship next season is bad enough; mixing it with the PE teachers and plumbers in National League One would be even worse.

To the lexicon of sporting unavailabilities – J Bloggs (hamstring), AN Other (suspension) – comes a new entry – J Archer (breach of bio-secure protocols). Even in ignominy, Jofra is a game changer.