Liverpool have been urged to change their minds on signing Philippe Coutinho this summer and fork out to bring their old forward back to Anfield. Coutinho is expected to leave Barcelona this summer, with Chelsea, Arsenal and Tottenham leading the way to sign the Brazilian.

Liverpool are set for a busy transfer window, amid reports that Real Madrid are looking at Sadio Mane.

They are expected to make a move to sign RB Leipzig forward Timo Werner, and have been rumoured to be looking at another attacker.

Adam Lallana will be departing the club this summer, and the Premier League leaders will likely be in the market for a replacement, as well as backup for their forward three.

But Liverpool legend Phil Thompson believes gthe Reds should be looking at bringing in ex-striker Coutinho this summer.

The Brazilian appears set to leave Barcelona after falling out of favour at the club.

Bayern Munich are reluctant to make his loan spell permanent, as forward has failed to impress in Germany.

And he is determined to return to the Premier League, as he reportedly regrets leaving Liverpool back in 2018.

Liverpool are reportedly unwilling to bring Coutinho back to Anfield due to the price they would have to pay to sign him.

But Thompson believes the 28-year-old would be the ideal man to complement Liverpool’s free-scoring front three.

“They are probably looking at that creative midfield player,” he said.

“Would you take Coutinho back? I would, in a heartbeat. I think he’s a creative genius.

“You look back at his Liverpool career and he was absolutely terrific. 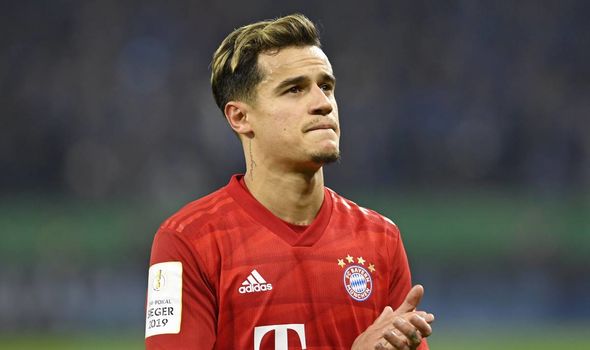 “He’s not too old and I still think he could come back.

“It probably won’t happen but it’s that creative player just off the front three that would probably just tip the balance.”

Chelsea are said to be leading the way for the Brazilian, but there is the possibility of Barca using him in a bid to sign Neymar from PSG.

The Catalan giants are determined to sign Neymar, but will try to lower the transfer fee with players to exchange.