Liverpool boss Jurgen Klopp will still be without three first-team players for the upcoming clash, as club captain Jordan Henderson and midfielders James Milner and Xherdan Shaqiri will not be involved against Watford on Saturday.

Henderson, who picked up a hamstring injury during their last-16 Champions League tie with Atletico Madrid, is training but isn’t an option yet for the German coach.

Milner, who has a muscle injury, is on his way back but the 34-year-old – along with Shaqiri won’t be available for the game at Vicarage Road.

“[They are] all coming closer, much closer,” Klopp said.

“Hendo is running, Millie is running and even more. It was not enough for this game now.”

With Henderson unavailable Klopp is left with a decision as to pick Naby Keita or Alex Oxlade-Chamberlain to fill the void.

However, the German coach insisted that they are not competing against each other for the role, as he thinks they offer the team different options.

“They don’t compete against each other,” Klopp said.

“Hopefully they don’t see it like this, it’s not like this, they just offer naturally different things.

“Naby can play better than he played [versus West Ham] obviously, but that was not the reason [for the substitution]: the game was like it was and Oxlade came on completely fresh and with his natural skill, having direction, speed – it’s a different player.

“But that doesn’t really say anything about it, [in a] different situation you need different players and they all are exceptional.”

Klopp is expected to keep a similar line-up to that which beat West Ham 3-2 last Monday, with Alisson Becker keeping his place in-between the sticks.

Joe Gomez is likely to partner Virgil van Dijk in central defence, with Andy Robertson at left-back and Trent Alexander-Arnold on the right. 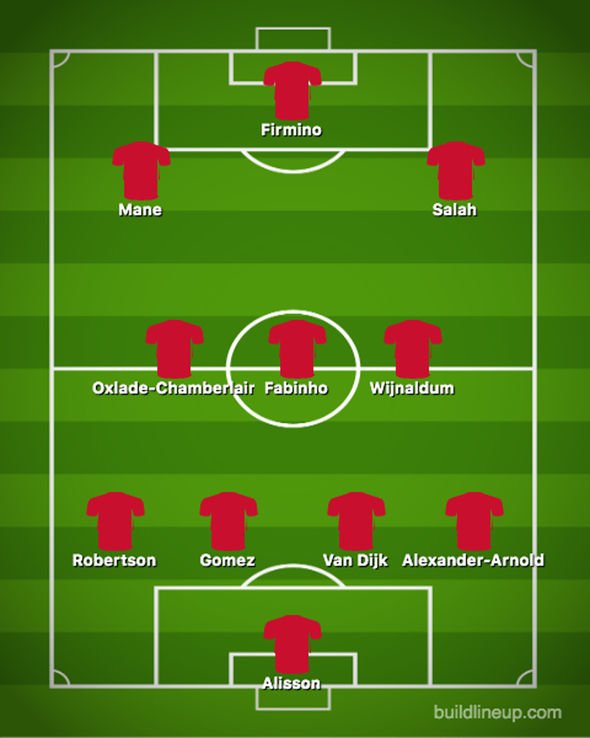 Although Keita started against the Hammers, Oxlade-Chamberlain is expected to be given the nod to take Henderson’s position in midfield, to play alongside Fabinho and Georginio Wijnaldum.

Klopp is also likely to keep with his tried and tested attacking trio of Sadio Mane on the left wing, Mohamed Salah on the opposite flank and Roberto Firmino through the middle.

Liverpool currently have a 22-point lead over second-placed Manchester City and while the Reds can extend their Premier League winning streak to 19 games against Watford, Klopp acknowledges it will be a difficult match against the Hornets.

“Home game, everybody expects Liverpool to come there and we are only asked about game No.19 [to win in a row] – that’s a wonderful situation for them to try to give us a proper struggle.

“We know that, that’s not the first time it happened.

“With Watford, weeks ago I thought, when I looked ahead, it would be one of the really tough ones. But I’m still looking forward to it.

“For us, it’s obviously a very important game as well and we have to show that. Then we will see.”