Liverpool star Trent Alexander-Arnold has talked about the trials and tribulations of converting from a central midfielder, as the young England international aims to secure his first Premier League title with the Merseyside club later on this season.

Alexander-Arnold has been one of the league leader’s key players this season, playing all 28 of Liverpool’s Premier League games so far this season.

Even at this early stage of his career, the full back already has a Champions League winners’ medal and a FIFA Club World Cup victory to his name, and it’s likely that England full back will win his third accolade within a year, as Liverpool cruise their way to the Premier League title.

Despite making the right-back position his own, he has’t always operated as a wide player, and his eagerness to get in the first team contributed to establishing himself in the position he’s currently in.

In an interview with the BBC, Alexander-Arnold said: “It was me, Neil Critchley and Alex Inglethorpe. Critch was my under-18 manager and Alex was head of the academy.

“I wanted to get into the first team as soon as possible, and we decided that was the most straightforward route.”

Alexander-Arnold has been lauded for his mature performances ever since his first appearance for the Reds back in 2016, and his development ever since then has earnt him the title of one of Europe’s best right-backs.

However, he initially found it difficult to switch from a central midfield role that he grew up playing in, especially about the daunting prospect of facing an opposition winger one-on-one.

“I was difficult because when you play higher up you are very rarely isolated in a defensive situation,” he said.

“That was the strangest thing – being one-on-one with someone out wide, with no-one to help. I’ve always enjoyed right-back as there is a lot more freedom going forward.”


The 21-year-old has certainly made the very most of this freedom, as the player with the second-most Premier League assists so far this season, behind Manchester City’s Kevin De Bruyne.


It would be natural to think that you would get more of the ball in the centre of the park, in the midst of the action, as opposed to if you’re out in a wide position. However, the Englishman has stated that this is not the case.


“It’s a lot more chaotic in the middle,” he said. “I probably get more of the ball now than I did when I was in midfield. It’s just about trying to influence the game as much as possible from out there.” 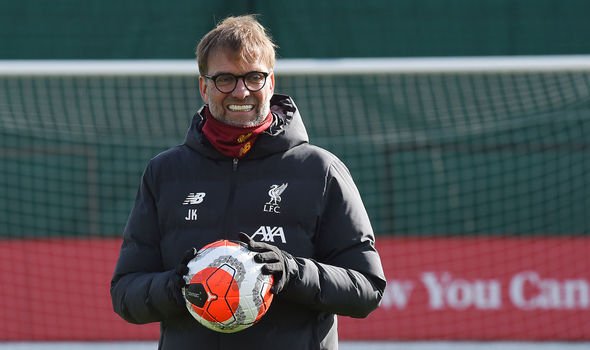 The Reds’ player will be looking to continue to assert his influence in the Liverpool side tomorrow, when the leaders take on relegation-threatened AFC Bournemouth at Anfield tomorrow (12:30pm).

After being dumped out of the FA Cup on Tuesday, this is the only domestic tournament that the Merseyside club have to play for in the remainder of this season.

Another competition that Jurgen Klopp’s side could be set to exit on Wednesday is the Champions League. They are currently 1-0 down on aggregate against Atletico Madrid, although they have the home advantage in the round of 16 second leg.

As nailed-on candidates to secure their first Premier League title since 1990, Klopp will be looking to focus on retaining the Champions League, after winning 2-0 against Tottenham Hotspur in last year’s finale to win their first European competition since 2005.