Liverpool’s professional relationship with RB Leipzig could see them land Timo Werner against the odds this summer. The deal which several months ago looked a certainty, is now up in the air amid the COVID-19 pandemic.

The wheels were in motion for the Reds to conclude a transfer on their terms when the window opened.

The Anfield hierarchy had discussed Werner as one of their top targets and he was firmly on the agenda before plans changed.

All transfer dealings are now on the back burner as the Reds focus on the resumption of the Premier League season.

Liverpool have not made a final decision as of yet, as to whether they sign Werner this summer.

The club are hoping to be in a position where they can bring in new faces but it depends on a number of variables.

There is unlikely to be match-day revenue until 2021 due to matches taking place behind closed doors, something that usually plays a big part in the financing of the club’s transfer budget.

One thing that does bode well for Liverpool though, is their relationship with Leipzig.

The deal to bring Naby Keita to the club was completed almost three years ago and was a very straightforward procedure.

Liverpool were willing to let Keita stay in Germany for an additional season.

That was something that satisfied Leipzig chiefs and allowed their player to leave on good terms.

Again, the transfer was concluded swiftly and both parties were left pleased with the outcome of negotiations. 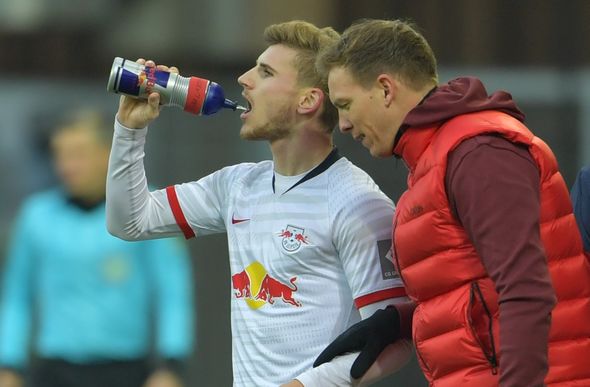 Leipzig are therefore more likely to be willing to deal with Liverpool again, then any of the other interested parties when it comes to Werner.

They are also well aware that their striker wants Liverpool over anyone else.

He is even willing to stay another season if it means he gets to fulfil his Anfield dream 12 months down the line.

Keita deemed Werner as one of his best friends during his stay with Leipzig.

The Guinea international has already urged his former team mate to reunite with him on Merseyside.