Liverpool want another Diogo Jota-like game-changing option to have in reserve for next season – and they may already have the perfect player in their squad. Jota has been superb this season since signing from Wolves for a fee of up to £45million in the summer and has scored 12 goals in 23 matches.

That makes him the Reds’ joint second-highest goalscorer with Sadio Mane disappointing this term, on 12 so far after managing 26 and 22 the previous two seasons, and Roberto Firmino returning a mere six goals across all competitions.

With a lack of goals from midfield, it has left Liverpool largely reliant on Mohamed Salah – and Jota when he’s been fit – as their main goal threat with the Egyptian hitting the back of the net 27 times this term.

But the soon-to-be-dethroned English champions are keen to strengthen their options up top with Divock Origi and Xherdan Shaqiri struggling to offer much cut and thrust from the bench any more.

Both could be sold, while there are concerns over the form and fitness of attack-minded midfielders Alex Oxlade-Chamberlain and Naby Keita who both need to prove they can still contribute at Anfield.

And Liverpool, as they look to freshen up a squad that has underperformed this term albeit having been hit hard by injuries, will be eager to replicate the success of Jota with whoever they pick as their fifth and sixth-choice attackers next term. 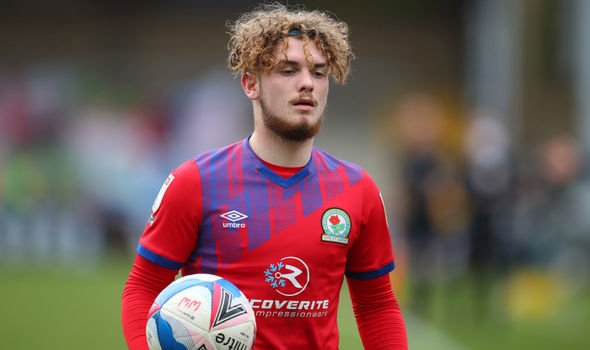 Yet they may have a player on their books ready to come in and make an impact off the bench, or even from the start in some matches, without them having to utilise the transfer market.

Harvey Elliott, signed in the summer of 2019 from Fulham, turned 18 this week and has produced five goals and 10 assists in the Championship on loan at Blackburn Rovers.

Only Norwich’s Emi Buendia, with 15 assists, has managed more and Elliott has averaged a respectable 1.43 chances per 90 having amassed 50 chances created thus far.

Given Elliott started the season with just 11 first-team appearances to his name, the talented teenager’s performances in the second tier have been spectacular, especially in a Rovers side sat 17th, only nine points from the relegation zone.

Elliott evidently feels he can prove to Jurgen Klopp in pre-season that he can be a valuable option for Liverpool, with it having been reported recently that the German coach wants to take another look at the Premier League’s youngest ever player over the summer. 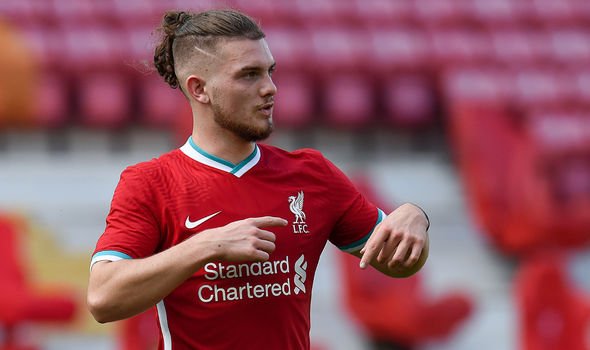 Speaking to CBS Sports, the versatile attacker said this week: “I’m going to go into pre-season thinking that I can get into this team. And whatever way my chance comes, it’s just about making sure I take it.

“It is just making sure that I’m one of the go to people to come on or to start and influence the game. That’s my position and that’s my role to score or create.

“I think if I’m doing that, and obviously working hard for the team as well, I think I’ve had a chance to be in and around it. I’m just going to do whatever it takes.

“At the end of the day in the long term I want to do all I can to try to compete with them [Mane and Salah] to get into the team.”

He added of his time with Blackburn: “It’s going to help me for the future. To have the pressure now then hopefully, if I was to get to the top level and play week in, week out these are the sort of things that already know that I can do.

“That’s the sort of attitude I go into every single training session with, every single game, just knowing that I can either score or create a goal.”

And Elliott knows what it takes to play for Liverpool too, as he added: “You realise how important the defensive side of work is. Single handedly you can sort of mess up for the whole team. 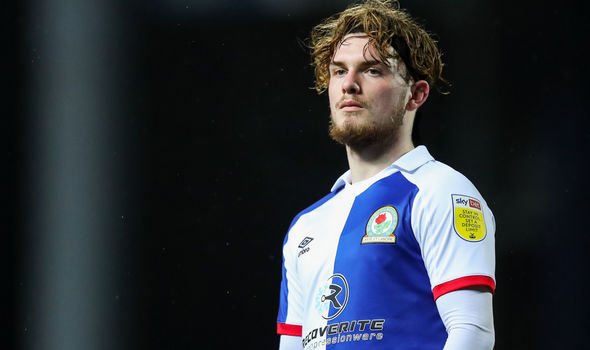 “If you’re not doing your job, someone else has to come out and cover for you, then they’re leaving their man and it just dismantles the whole thing.

“It’s just about being clever about when to press, or if they’re showing one way, keep them that way.”

Such words will be music to the ears of Klopp, whose counter-pressing demands of his forwards are well known. Salah, Mane and Firmino are required to put in an enormous amount of offensive and defensive effort each match.

Elliott, predominantly a right-sided forward who can play as a No 10 or on the left, is a different type of player to the trio, and to Jota, and is more akin to the creative Shaqiri though would operate better than the Swiss does under Klopp.

But his creativity, which Liverpool have struggled for this season particularly against deep blocks at Anfield, is a real asset that the Reds could utilise.

And while he may not offer the same goalscoring capabilities as a Jota or a Salah, if Elliott can produce the kind of energetic displays he’s managed in the Championship at Liverpool, he can be a genuine difference maker for them as early as next season.