Manchester City could be prevented from playing in the Champions League next season after Premier League rivals Liverpool, Manchester United, Chelsea, Arsenal and Tottenham launched a bid to stop them playing in the competition while their appeal is heard, according to a report in the Daily Mail.

City are currently banned from playing in Europe for the next two years after breaching Financial Fair Play rules.

The Citizens are appealing the ban and have reportedly told players they are confident that they will win.

City are said to be hopeful that their punishment can be “stayed”, meaning it will be suspended until the end of the appeal.

This would allow them to play in next season’s Champions League despite the original ban.

However, the Daily Mail claims that eight of the Premier League’s top-ten teams – with the exception of City and Sheffield United- are desperate to see the league champions face the music.

The group of teams are said to have written to a legal firm, which then contacted the Court of Arbitration for Sport to lodge the appeal.

A source told the Mail that clubs believe City will be able to get off “scot-free” if they are able to delay punishment.

“The feeling is that enough is enough,’ said the source.

“For too long, City have been able to get away with breaching the rules at the expense of at least one other club that has been unable to get into the Champions League.

“The fear is that they will be able to delay any punishment and — should they win the appeal — get off scot-free, which would be outrageous.”

City’s appeal date is still yet to be confirmed, and it has been claimed that it could be pushed back due to the coronavirus pandemic.

This would mean that it would be unable to be heard before the start of preliminary qualifying rounds for next year’s competition. 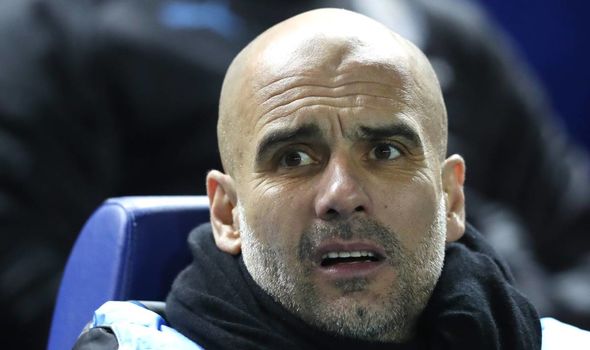 As a result, it is possible that City will be allowed to play in next year’s competition, as it was originally believed that the appeal would have to be heard before the qualifying rounds began.

It was reported that City would lose a host of first-team players as well as manager Pep Guardiola if the ban was upheld.

But speaking at the time of the ban, the Spaniard dismissed this notion, claiming he would be in charge next year.

“The club has to fight and I trust the club 100%, what they have done and they have explained to me. This situation is not finished and we will wait but until the resolution is not done you have to play and play and that is what is going to happen.”