Liverpool look set to make Virgil van Dijk the world’s best paid defender with a new mega money deal following a stunning season at Anfield. Van Dijk has been the rock of Jurgen Klopp’s defence throughout the last two seasons and has played an integral part in the Reds’ stunning undefeated streak in the Premier League.

The centre-back’s impressive performances led the Merseysiders to their sixth European trophy last season in the Champions League as well as a Ballon d’Or nomination.

The Netherlands international has also been prolific throughout this campaign for the Premier League leaders, who are closing in on their first title in 30 years.

According to the Daily Mirror, Liverpool’s success on and off the pitch has led to record revenue which allowed them to tie up the likes of Mohamed Salah, Sadio Mane and Roberto Firmino with lucrative contracts.

JUST IN: Willian makes decision on Chelsea future as contract wrangle drags on

And the Reds are now set to do the same with Van Dijk, who is about to become the world’s most expensive defender.

The club has announced that they are now focused on maintaining the same level of success by investing in player recruitment and retainment. 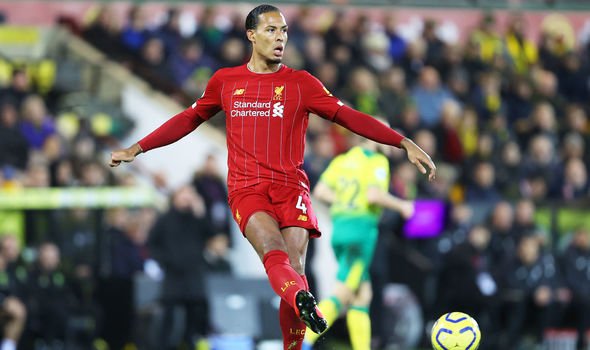 And that is because they will have to rival some of the world’s biggest spenders like Real Madrid, Barcelona and Manchester United.

Hughes said: “The underlying financial sustainability of the Club is enabling us to make significant investments both in player recruitment and infrastructure.

“Being able to reinvest over £220m on players during this financial period is a result of a successful business strategy, particularly the significant uplift in commercial revenues.

“The cost of football however does continue to rise in transfers and associated fees but what’s critical for us is the consistency of our financial position, enabling us to live within our means and continue to run a sustainable football club.

“These financial results and this sustained period of solid growth is testament to our ownership, Fenway Sport Group, who continue to support the Club’s ambitions and continue to reinvest revenues both in strengthen the playing squad and the Club’s infrastructure to build for the future.”