It’s as you were, and yet a show of how you seize a moment.

Liverpool keep winning, this 2-0 victory making it nine in a row in the Premier League, to also keep the initiative in this title race. Arsenal again fail to beat one of the elite sides.

There’s no harm in that given the quality of the opposition, and it doesn’t do much damage to their top-four chances, but the real pain will come from knowing how close they were.

Martin Odegaard had a great chance to put Arsenal ahead and give them what would have been a deserved lead. Alisson Becker saved, however, and Diogo Jota surged up the other end. Aaron Ramsdale didn’t show anything like the assurance of the Brazilian.

As if to hammer home the point, there was then a moment of real desire from Andy Robertson. Arsenal had just managed to clear a goalmouth scramble, only for the wing-back to chase down a lost cause and effectively win the game. He squared for Roberto Firmino, who gloriously flicked the ball in. 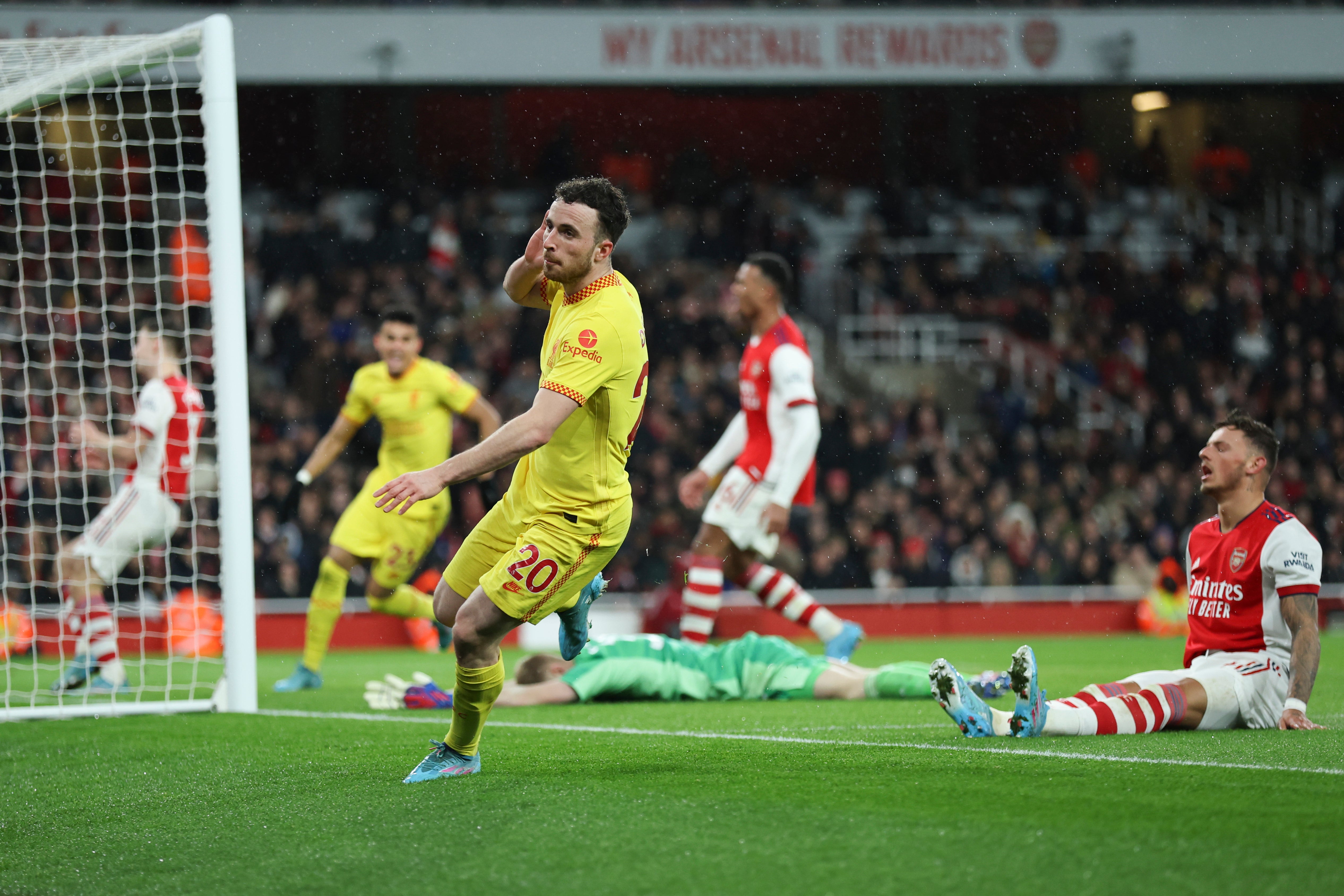 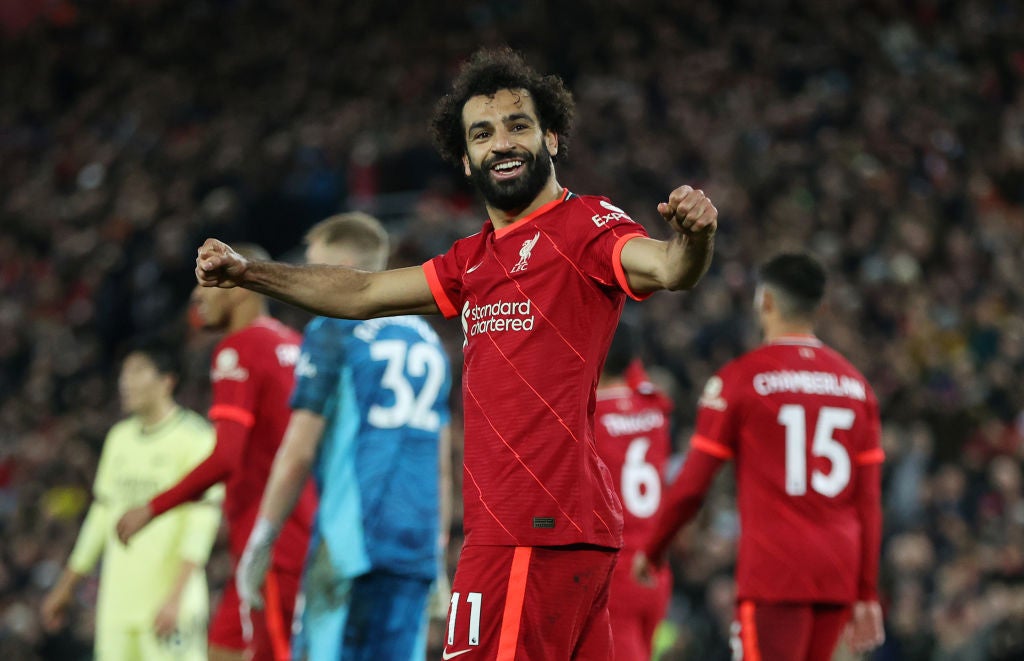 They could yet be telling. That is obviously the greatest significance of this game. Liverpool kept within one point of Manchester City, to keep the title in their own hands. We get that bit closer to a generational showdown at the Etihad in mid-April – potentially coming in the middle of a Champions League quarter-final between the two – but also a little closer to a similar rush for fourth.

Arsenal do at least have more of a cushion, but they do have some big games, including two against their challengers in Manchester United and Tottenham Hotspur.

They will surely need to win at least one of those. They have already beaten Spurs this season, but in a different context, with that bit less pressure. This game shows they still have some way to go make that step, but the encouraging elements shouldn’t be discounted.

They went toe to toe with Liverpool for much of the game, and perhaps had the better of the first half. It was still one of those games where it was fast-paced and felt eventful, but little had actually happened. There were long spells when Arsenal did look vibrant in forcing Jurgen Klopp’s defence back, but Liverpool never actually looked like conceding. The closest Arsenal came was a Granit Xhaka curled effort.

The one ominous sign was a ball forward from Trent Alexander-Arnold, that caught out Arsenal’s line, and put Sadio Mane through. He missed but warning was served.

Mikel Arteta’s side were still determined to push on at the start of the second half, to try and show the level they’re really at. It was when their best spell came and also when their best chance came. A rare Thiago Alcantara bad pass saw Alisson save from Alexandre Lacazette, but leave Odegaard with the goal at his mercy. A touch more composure and it would surely have been 1-0. Then again, there are few goalkeepers as imposing as Alisson. He again came out of nowhere, to divert the shot over. That was the moment. Arsenal didn’t seize it.

It was quite a contrast with what happened at the other end, and emphasised the contrast between the sides.

Jota was forced wide, but still had a speculative attempt. Ramsdale had a less than special moment.

The ball went through his hands. Liverpool claimed the game. 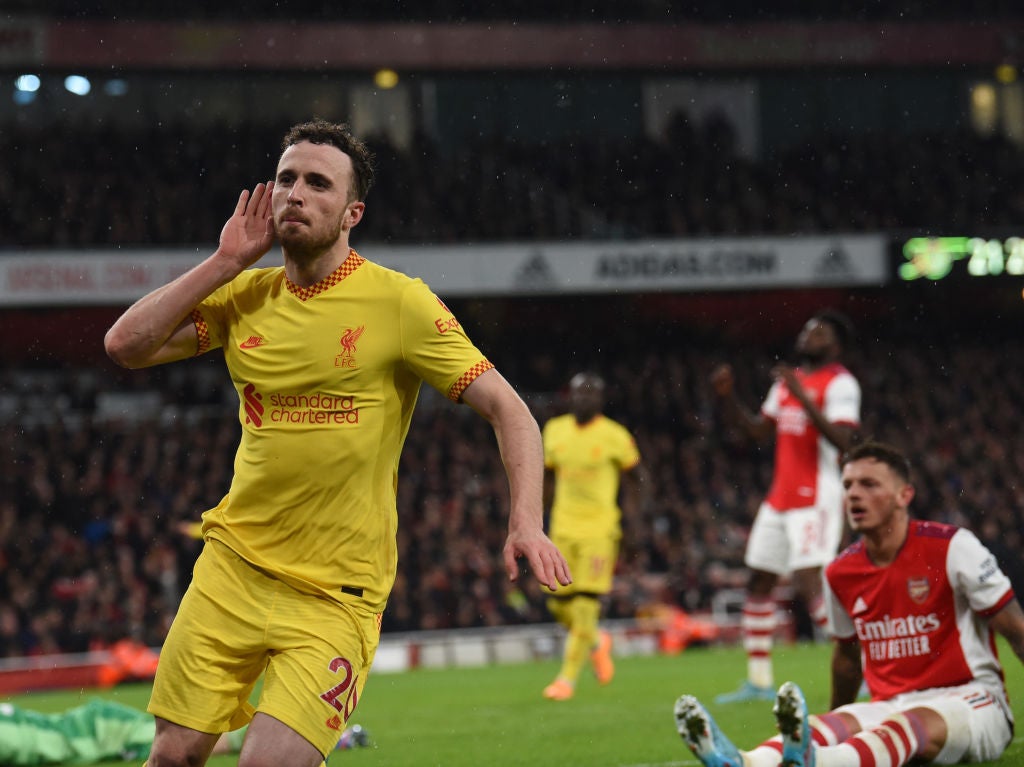 As if to further show the level, Mo Salah came off the bench, and he was involved in the scramble that eventually led to the second. It was Firmino that forced it with great work on the byline, and he was still in the area as Robertson drilled it across.

The finish was typical ingenuity, again illustrating Liverpool had another level to go.

For all the inevitable focus on their greater ability, though, this was a match where Klopp’s side had to show different qualities.

They had to dig in. Arsenal did put it to them. They did give a good account of themselves.

They couldn’t make that necessary extra step, though. Arteta is still waiting. Liverpool don’t allow themselves that luxury. 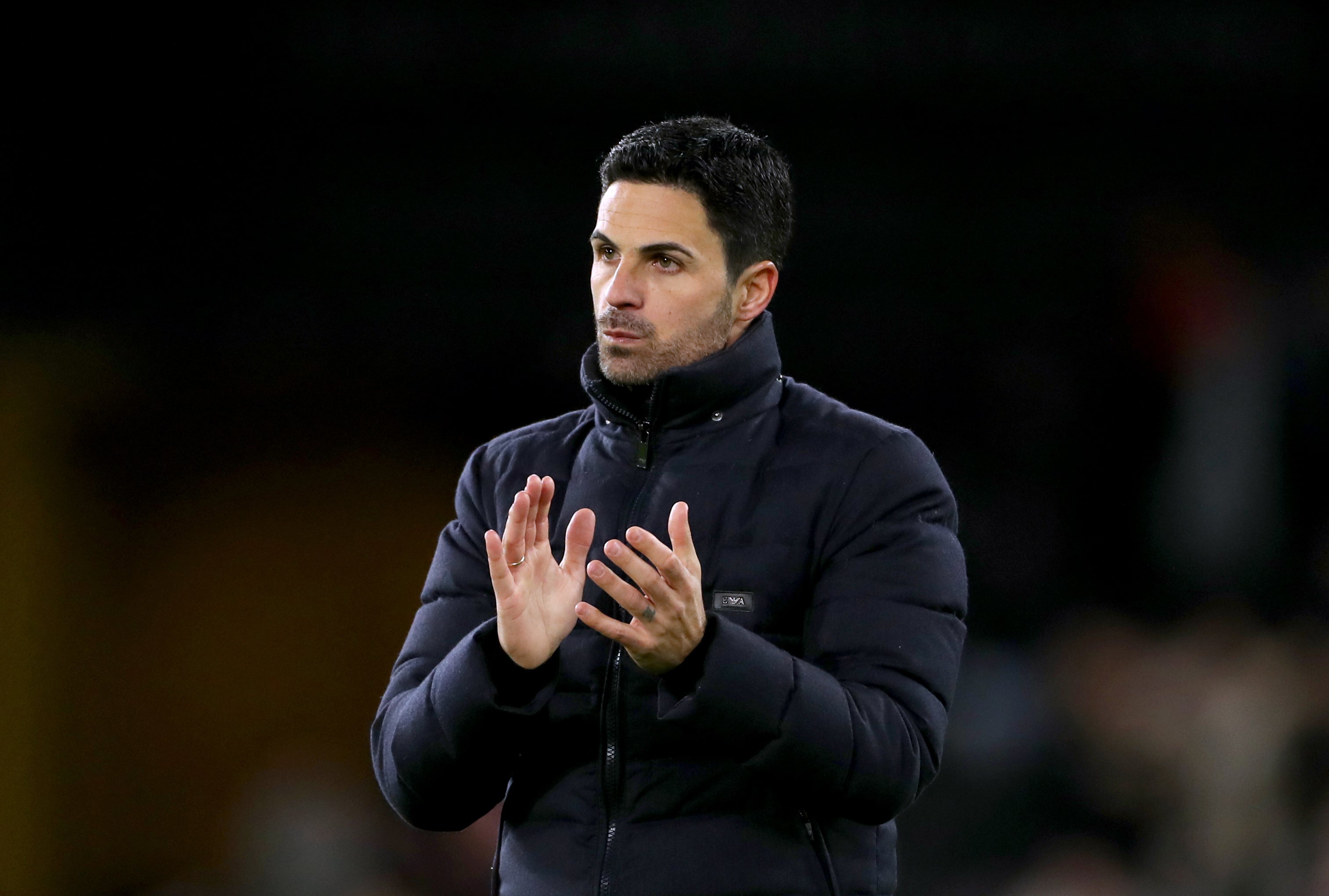 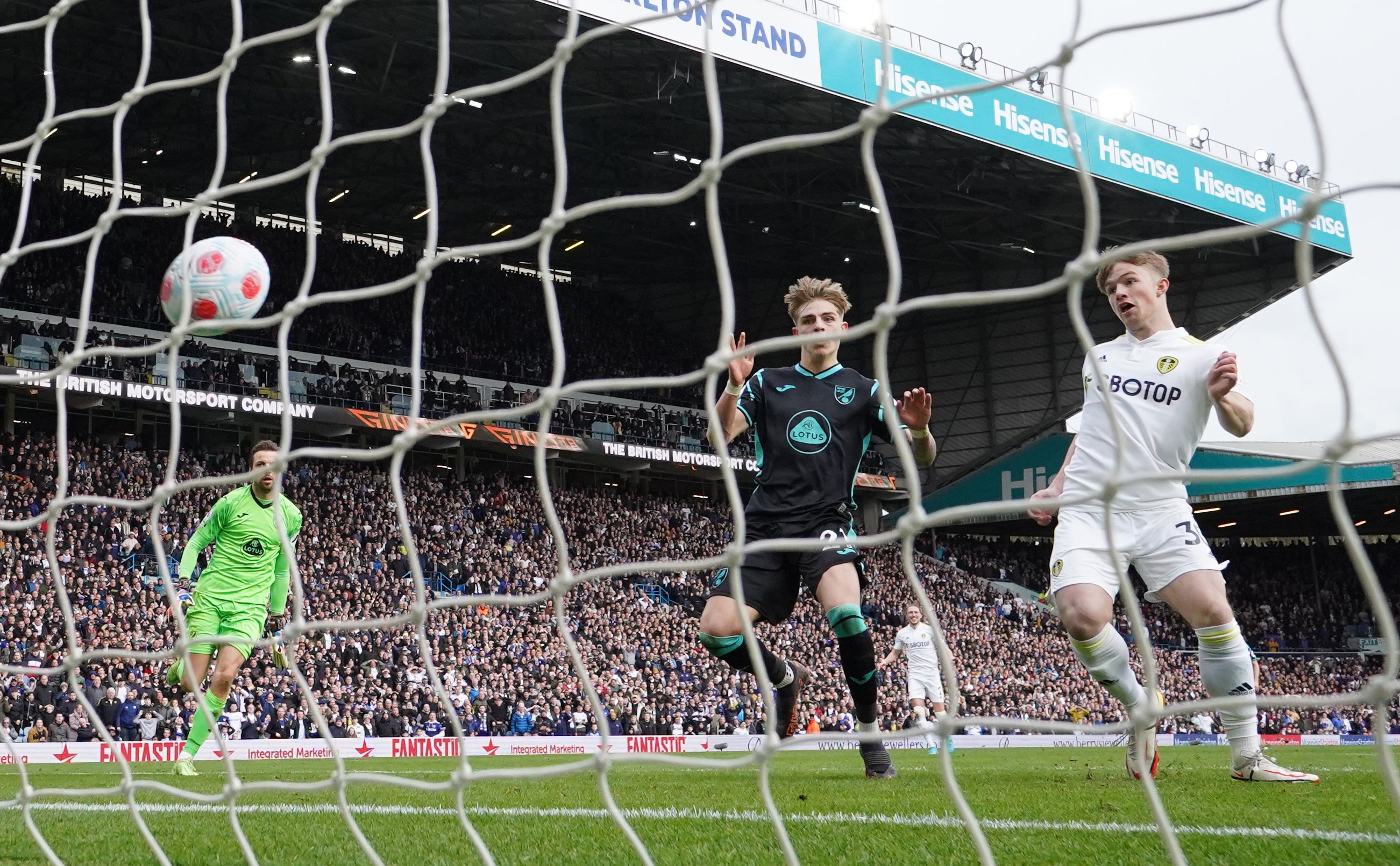 They go and make things happen, which has the important effect here of leaving the table as it was.

It may be crucial to changing it by the season’s end.