Jurgen Klopp has seemingly followed advice from Gary Neville and revamped Liverpool’s squad in a bid to wrestle the Premier League crown away from Manchester City next year. Neville had previously expressed concerns of the Reds squad becoming stale back in 2020, but Klopp has been busy in the transfer market after losing Sadio Mane to Bayern Munich.

Liverpool missed out on domestic glory by a single point last year, but will be aiming to launch another sustained title bid next season after going close to an unprecedented quadruple last term. The Reds squad has already had it’s biggest refresh in years – and that could boost Liverpool’s hopes of pipping Manchester City to the title, with Neville previously claiming that Klopp’s side ran the risk of becoming stale.

Speaking back in September 2020, Neville told Sky Sports: “They’ve had the same players for almost three seasons now, Champions League final, Champions League victory, going so close in the Premier League but then winning the league. It’s a massive demand psychologically, mentally and physically to place upon the players without stimulating them again.

“My only thing this season would be that demand of the same squad, the same players, the same message, the same relationships and the same jokes for two or three years without that something slightly different in the dressing room and that addition.”

Although Mane’s departure is undoubtedly a huge blow, his switch to Munich has been the catalyst for a whirlwind of early transfer activity at Anfield. The Reds have already concluded deals for Fulham hotshot Fabio Carvalho, Aberdeen prospect Calvin Ramsey and Benfica’s coveted striker, Darwin Nunez.

Ramsey is very much a signing with the future in mind, but Carvalho and Nunez are expected to feature prominently next season in a new look frontline.

Liverpool’s omnipotent front three of Mane, Mohamed Salah and Roberto Firmino has been the envy of teams in Europe for years, but an unexpected refresh should do the Reds no harm; particularly as Luis Diaz has already adapted seamlessly to life in the Premier League since his arrival in January. 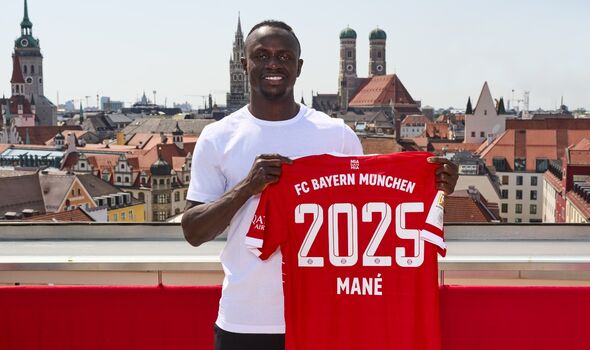 Nunez arrives on Merseyside off the back of an incredible season in Portugal and can add a whole new dimension to Liverpool’s attacking play by featuring as a more orthodox No.9 alongside the likes of Salah, Diaz and Diogo Jota.

The crop of players who came so close to creating history last year will be determined to clinch more silverware next season, while the new faces in Klopp’s squad will be desperate to get in on the act and experience that type of success that has become synonymous with Liverpool over the past few seasons themselves.

On paper, that combination could be prove to be a winning formula for Klopp and his refreshed team as they bid to overhaul Manchester City once again.