Liverpool boss Jurgen Klopp has admitted that he was wrong to celebrate in the face of the assistant referee after his side levelled against Bournemouth. The German lost his rag after the Cherries took the lead at Anfield through Callum Wilson.

Joe Gomez was in possession of the ball when he was dispossessed by Wilson, who appeared to shove the defender.

The England international striker then finished a move after latching onto the end of Jefferson Lerma’s pass.

Klopp was left furious and walked towards the fourth official shouting “Wow.”

Many expected the goal to be ruled out, but it stood as Klopp fired up the home crowd.

JUST IN: Liverpool may have finally found their Nabil Fekir who could save Jurgen Klopp millions

That prompted Klopp to shout in the face of the assistant referee as part of his celebrations.

It’s something he later claimed he regretted, speaking after the match with Liverpool now three wins from sealing the Premier League title.

“I did it. Now I wouldn’t do it. But how is that possible that someone looks at it and doesn’t do anything about it.

“VAR hides behind the phrase, not clear and obvious. It makes no sense.

“We wanted to fight back before the game so then we had to fight, really back and put them under pressure.”

While Rio Ferdinand was impressed with the way Liverpool turned things around, he couldn’t help but call into question their shaky backline which was part of the problem for the Wilson goal. 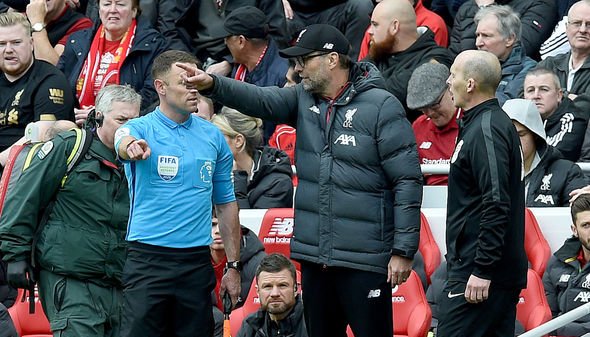 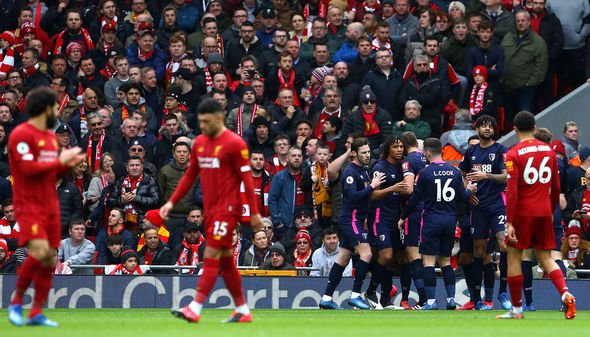 The former Manchester United defender said on BT Sport: “The defending is something that I think he will address, not today but maybe tomorrow.

“This is like schoolboy for me, the big threat in the last three games has been the runs in behind.

“Teams have been playing into a target man and running off of that.

“I think there’s someone in the management team, Klopp or one of his staff saying ‘you have to play high’.

“That’s all I can see, it’s schoolboy errors.”