Liverpool were hammered 3-0 by Watford in the Premier League last weekend and Adrian has spoken about the meeting Jurgen Klopp held with his players following the unexpected defeat at Vicarage Road.

It meant any dreams of matching the Arsenal Invincibles were over but the Reds still sit a massive 22 points clear of Manchester City.

Adrian has revealed the players were not angry with each other though.

Instead the Liverpool stars were methodical along with Klopp in what went wrong in the game and how they could learn from the result.

He told the club’s website: “We had a nice meeting after the defeat against Watford – no complaining, not telling people what mistakes they made or not.

“It was just to learn about the things that happened on Saturday.

“Last Saturday was not the best moment for us performing on the pitch.

“We are much better than that and we want to show that in the next ones, for sure.”

Adrian also opened up on the importance of facing Chelsea in the FA Cup fifth round after the defeat to Watford.

He explained: “It’s so important because it’s the next one, and the next game is always the most important, as we say in the dressing room.

“It’s a final because we need to win there and we know there’s no more replays, so we have to finish the game in London. 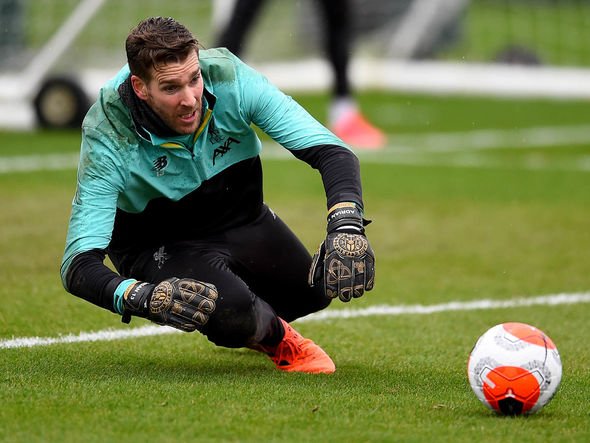 “Chelsea is playing at home with their fans and obviously they want to get the win as well.

“But as I say, we are a really strong squad – it doesn’t matter the players that play, everyone wants to be involved and wants to show that we are on a good level.

“Also the last game in the Premier League was not the best, so we [need to] come back again as strong as possible and get a good result there on Tuesday.”

Liverpool travel to Stamford Bridge to take on Chelsea in the FA Cup tonight (7.45pm).